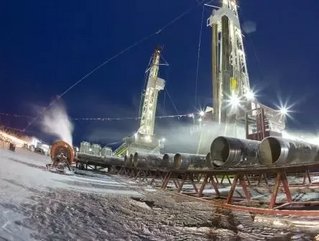 The Committee on Foreign Investment in the United States (CFIUS) had been analyzing the transaction, and its approval marks the largest Chinese overseas takeover to date – with the deal priced at a massive $15.1 billion US.

Regulators in Canada, the European Union, United Kingdom and China had already given the deal the green light, and late last month Nexen – whose assets includes sands and shale gas in Western Canada – extended the takeover deadline to allow the CFIUS more time to reach a decision.

The Committee’s review included an assessment of the impact financial transactions linked to the deal will have on U.S. security. China’s investment in areas of heightened security concern – including energy – has been increasingly scrutinized by the U.S., leading some to speculate Nexen may have been forced to get rid of its U.S. assets for the deal to move forward.

CNOOC had already withdrawn and filed its application for a second time after the initial 75-day review expired last November. Nexen’s statement said the transaction is expected to close the week of February 25.

Nexen will continue conventional exploration and development in the Gulf of Mexico, off the shores of West Africa and in the North Sea while some of its existing productions on the U.S. Gulf Coast continue to draw fire for politically sensitive issues.