The US retail industry – what’s been going on? 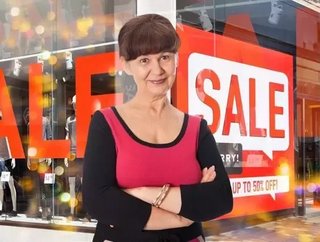 With a pledge to ‘Make America great Again’ and place manufacturing and infrastructure jobs back into the US, rather than outsourcing, the past focus on the retail sector has been placed on the back burner. However, since the end of last year, the US retail industry has been in decline, and companies have had to place significant investment in transforming their traditional business models in order to attract and retain customers long-term.

According to the Bureau of Labour Statistics, the number of employees within retail are decreasing each year. With a number of stores closing their doors (5,000 this year alone), companies are up against an ever-competitive online presence versus the creeping growth of automation which will become a disruptive force in the market.

Sears are shutting stores all across America

There are a number of reasons as to why Sears is currently struggling, such as substantial profit losses, to the extent that the company is now closing a large number of its stores. From 355,000 employees in 2006, to solely 140,000 currently standing, the company has not made a profit since 2010, creating increased concerns with current investors, with conflicts with suppliers and a reduced inventory thrown into the mix.

Sears has recently sued vendor One World Technologies for not abiding to their contractual agreement. Eddie Lampert, Chairman and Chief Executive Officer at Sears Holdings has said in a statement that “One World has threatened to refuse to perform under their Supply Agreement unless Sears agree to what we believe are unreasonable demands.”

“One World has informed us of their intention to take the very aggressive step of filing a lawsuit against us as they seek to embarrass us in the media to force us to let them out of their contract.”

With an inventory that could be reduced even further, Sears will be unable to remain competitive and retain positive business relations suppliers, with the continual negative press against them, let alone make profit.

Michael Kors are also seeing a slump in sales.

Michael Kors has recently announced that it is to close up to 125 stores due to a nosedive in sales, with customers falling out of love with the business, and indeed, the products and services on offer. With stock falling around eight percent, the company has stated that they acknowledge that they

"need to take further steps to elevate the level of fashion innovation in our accessories assortments and enhance our store experience in order to deepen consumer desire and demand for our products."

Not all retail companies are struggling to remain profitable

With a huge consumer demand, Amazon’s shares have now amassed $1000 per share, highlighting the fact that placing significant investment in technological applications, such as drone delivery and Amazon Prime, against a rising consumer ‘on-the-go’ demand. However, with many focusing on how the retail industry is not quite cutting it for consumers, many have used Walmart as a comparison, claiming Amazon is now worth double of Walmart.

However, Walmart is also seeing steady growth throughout its operations. With a rich history and substantial budget for placing significant investment in technological operations, Walmart is able to see trends within the retail industry and respond to customer demands more efficiently.

To this effect, Walmart has announced it has invested in Virtual Reality headsets in order to support store workers in providing first-class customer service and management training, according to Techcrunch. The training program will be increasingly interactive and engage workers more effectively, rather than dry, text book methods and PowerPoint presentations, which to many seem outdated and no longer fit for purpose.

Furthermore, the company has been trialling home delivery, with store workers delivering goods that day, in an attempt to compete with Amazon in price and delivery of products. With this in mind, Niklas Hedin, CEO of Centiro has said, “This might seem like a low-tech solution, but it is a great example of American retailers seizing control of deliveries. Retailers across America are seeing greater pressures on their delivery capabilities than ever before and if customers’ expectations aren’t met, they will simply shop elsewhere in the future. By reclaiming some responsibility from carriers, retailers can ensure they do not lose control of the last mile; this will allow them to create a robust full-circle brand customer experience, moving forward confident that they are in control of their own destiny.”

With an ever-changing customer demand and rise in automaton, the retail industry’s ability to keep on top of these changes is surely a work in progress, in addition to providing key support to suppliers. It will be interesting to see how the sector and several struggling retail companies will make significant comebacks through new technologies and investments in times to come.