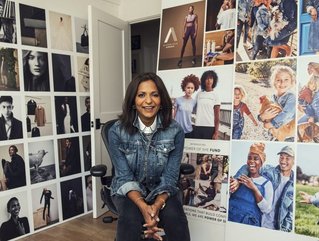 The retail industry is not having a happy time of it. First, came the pandemic, accelerating the transformation to digital; then the supply chain complications resulting in delayed goods and higher costs; and now decade-high levels of inflation and a cost-of-living crisis, leading to soft consumer spending.

And while US retail sales climbed in June by more than originally forecast – jumping 1% following an upwardly revised 0.1% decline in May – challenges persist for retailers, and in some cases are worsening.

According to a new Brightpearl survey, supply chain issues have hit 80% of U.S. merchants in the last year, and almost half of shops and e-commerce brands (52%) have experienced stockouts, resulting in a loss of sales.

And now, one-third of retail businesses are in danger of running out of cash within eight weeks if things do not improve.

We are in the worst supply chain crisis that any of us can remember and there is no sign of the problems easing before the end of the year,” says Brightpearl CEO Derek O’Carroll. “For retailers, the problems could be particularly severe as they prepare for autumn and peak trading in the months building up to the holiday season.

“We are still in the relatively early stages of this crisis with the impact of the war in Ukraine and other global forces only just starting to really hit home.”

And it seems to be hitting home for retail executives too, many of whom are cutting forecasts, warning of job cuts, and even exiting their roles – deciding perhaps that they don’t want to take on the challenges that await them. Simultaneously, investors may be wondering if they can be confident in their current leaders.

Exodus of retail executives – from Kohl’s and Gap, to GameStop and Under Armour

In the last few months, there has been an exodus of executives, including CEOs, from leading retailers.

Last week, it was revealed that Gap’s CEO Sonia Syngal would step down. This comes as Gap continues to face declining sales and supply chain issues.

This sudden exit is the latest in a string of recent departures in the executive retail role. In April, Nancy Green stepped down from her role as president and CEO of Old Navy; while June saw the departure of CEO Patrik Frisk from Under Armour and CEO Mark Tritton from Bed Bath & Beyond.

It has certainly been a challenging time for Under Armour. In 2019, the sports retailer outlined a five-year turnaround plan but has consistently faced persistent headwinds, even prior to the pandemic, reporting disappointing earnings in its transitional quarter thanks to ongoing supply chain challenges and a hit to its business in China.

While in April, Bed Bath & Beyond reported plunging sales (22%) in its fourth quarter ending March 31, with the homegoods retailer blaming the drop on a mix of challenges including products being stuck at ports and ongoing supply chain holdups.

Such challenges at retailers are not just impacting CEOs, however, with other high-level executives handing in the towel, or in some cases, being pushed out as pressures mount to turn businesses around.

In July, struggling retailer Kohl’s announced the departure on August 1 of its chief technology and supply chain officer, Paul Gaffney. He is the third C-suite exec to leave the retailer in the past two months, following Greg Revelle, former CMO, and Doug Howe, former Chief Merchandising Officer. Slow to adapt to ecommerce, the department store has lost 17% of its market share since 2011, according to UBS.

This month too, GameStop disclosed that it had fired its chief financial officer Michael Recupero, a move that comes halfway through the video game retailer’s strategy to revamp its business, and as the videogame retailer warns employees of upcoming staff cuts. Like Kohl’s the legacy brick-and-mortar retailer has been trying to reinvent itself and move online.