US tariffs against China more about politics than economics 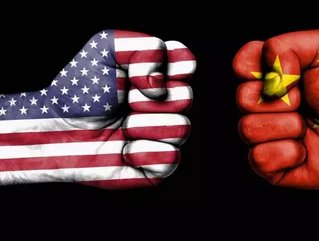 In another controversial move, President Trump has decided to announce plans to impose tariffs on a number of Chinese products and at the same time introduce barriers to Chinese Foreign Direct Investment (FDI) entering the US. A battle around Intellectual Property Rights (IPR) protection and the potential use of cutting-edge technology for military purposes is at the core of this dispute.

This is not the first time the two countries fight over IPR protection. In 2007, the US filed a complaint against China in the dispute settlement mechanism with a positive outcome for the US in 2010. China had to implement a number of measures that would protect IPR. The question is, therefore, why did not US follow the same route again and announced plans to impose tariffs as a countermeasure to the lack of IPR protection? There are two driving factors behind this move.

First, it is consistent with the overall approach of President Trump’s administration. There is a clear lack of confidence to resolving these disputes through international bodies such as WTO as this usually takes a long time (the last dispute took close to three years) and a lot of resources. Imposing tariffs on a unilateral basis is considered to make an economic but mostly a political argument.

President Trump clearly stirs up the waters and forces other countries to respond quickly. It is not the first time that tariffs are being used, primarily in a political way, from the US administration. The recently announced plan to impose tariffs on steel and aluminum was a clear message to Canada with regards to renegotiating the North America Free Trade Agreement (NAFTA).

Second, this is a more complicated matter. The main argument is not around trade deficits or anything else but around national defense. China is now a global power and will soon demand to play an equal role on the world’s chessboard. Having weapons that build on cutting edge technology would be immensely important and US wishes to stop China from getting access to these technologies.

There will be winner and losers from this trade war if it develops further. Currently, the US has a $3.75bn trade deficit with China. Looking at the data more closely, almost 45% of that deficit comes from a single category of products - Computer and Electronic Products. This is a very clear case were technology created in the US is used in other locations with a very cheap cost basis to produce competitively priced products that are then exported back to the US. Imposing tariffs on these products will make them more expensive for US consumers with ambiguous results for the protection of IPR issue.

Looking at FDI, with data coming from FDIMarkets (a Financial Times subsidiary) there have been over 600 greenfield Chinese investments to the US in the period 2003 to 2018, generating over 90,000 jobs and with a capital expenditure of $45bn in total. The numbers are negligible when compared to the amount of trade. Most Chinese companies identified proximity to customers as their key motive and the vast majority are in the Sales, Marketing and Support functions of an organization. Imposing restrictions will have probably a very small effect on safeguarding technology leaks and IPR protection.

In conclusion, this is another political move from the US administration which has manifest itself through economic tools. Looking at the data it has a doubtful economic outcome but could possibly serve the political goals of Washington.