The US tequila industry continues to grow at a rapid rate. 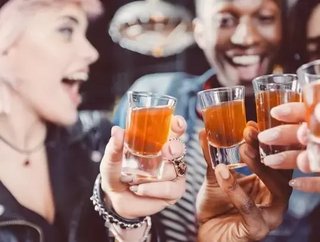 With recent news that actor George Clooney has sold his tequila company for $1 billion (I didn’t know that he even was part of a tequila company until now), it emphasises how much the tequila market has grown since the early 2000s.

Distilled from the blue agave plant in Mexico, analysts forecast the tequila market in the US to grow at a CAGR of 3.67 percent by revenue during the period 2016-2020, according to a recent report, alongside the global tequila market which will grow by more than $9 billion by 2021.

The US, Mexico and Canada are all contributing to the growth of the beverage in the US, at which the US is currently in the lead within the global tequila market, both in revenue and volume. The launch of flavoured tequila and popularity of premium tequila will only increase this further.

Clooney’s premium tequila company Casamigos has now been sold to alcoholic beverage company Diageo. The company will pay $700 million, with the possibility of an added $300 million based on the tequila’s performance within an increased competitive market. Created just under five years ago by Clooney with two friends, the trio took the company public in 2013 and has not looked back since.

In the US alone, the company sold approximately 120,000 nine litre cases last year,which is set to increase significantly by the end of the year, with the aim to expand into further markets.

“If you asked us four years ago if we had a $1 billion company, I don’t think we would have said yes,” Clooney said in a statement. “This reflects Diageo’s belief in our company and our belief in Diageo. But we’re not going anywhere. We’ll still be very much a part of Casamigos. Starting with a shot tonight. Maybe two.”