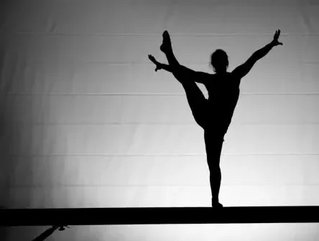 Taking just the second U.S. team gold medal in women’s gymnastics in history, the American team stood Tuesday night with ear-splitting grins and index fingers raised towards the countless cameras trained on them.

Beating Russia 183.596 to 178.530, an enormous lead made up in those five points, U.S. team director Martha Karolyi said, "I am saying that this team is the best, only because that [1996] team competed in the United States."

The Best Places to Watch the Olympics in London

Aly Raisman, Jordyn Wieber, Gabby Douglas, Kyla Ross, and McKayla Maroney – recently nicknamed the “Fab Five” – delivered a solid performance from beginning to end. Opening with solid vaults, each contestant delivered a flawless Amanar, a roundoff onto the takeoff board, back handspring onto the table and 2.5 twisting somersaults before landing, and one of the hardest vault moves in the world.

Garnering a sizeable 1.7-point lead, the Americans were perfectly positioned to smoke the rest of the competition and proceeded to do just that.