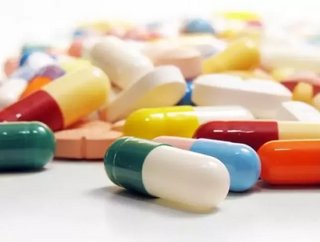 2016 has not been a good year for Valeant Pharmaceuticals, and it isn’t even half over yet. For months the Quebec-based pharmaceutical company has been facing allegations of price gouging, and in late February an ad hoc committee discovered that $58 million in revenue had been misreported. Now with a disappointing 2015 Q4 report and a downsized outlook for 2016, Valeant’s problems are coming to a head—so the company is making some changes, starting at the top with a search to replace current Valeant CEO J. Michael Pearson.

According to statements from Valeant, as of today the company has “initiated a search” to connect with potential candidates to replace Pearson—who will stay on as CEO and director until the right candidate is found.

"It's been a privilege to lead Valeant for the past eight years," said Pearson in the statement from Valeant announcing the change of command. "While I regret the controversies that have adversely impacted our business over the past several months, I know that Valeant is a strong and resilient company, and I am committed to doing everything I can to ensure a smooth transition to new leadership."

"While the past few months have been difficult, Valeant has a collection of leading brands, valuable franchises and great people, and I am confident that the company will be able to rebuild its reputation and thrive under new leadership,” added Robert Ingram, chairman of the board. “We thank Mike for his dedicated service to Valeant and for agreeing to stay on until we conclude our search. As a colleague and a friend he will be missed, and we wish him the best for the future."

In addition to this change, Valeant board member Katharine B. Stevenson stepped down from her position, allowing for Pershing Square Capital Management CEO William A. Ackman (whose firm owns a nine percent stake in Valeant) to take a seat on the board of directors.

“I am looking forward to working with the board to identify new leadership for Valeant,” said Ackman. “The company's large scale and dominant franchises in eye care, dermatology, GI, and other therapeutic areas coupled with its extraordinarily low valuation present a spectacular opportunity for a world-class health care executive.  On behalf of all shareholders, we are extremely appreciative of Valeant employees' hard work and commitment during this challenging time for the company."