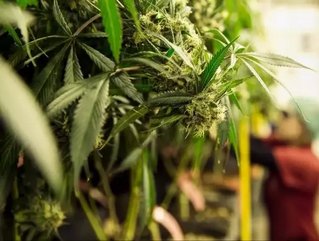 Kelowna-based cannabis firm Valens Groworks announced on 15 October that it has secured a licence from Health Canada to cultivate and produce oil under Access to Cannabis for Medical Purposes Regulations (ACMPR)
In its press statement, Valens noted that this is the third licence granted to the firm by Health Canada, and that its regulatory position places it in an advantageous position for its expansion into the country’s emerging adult use market.
The firm’s 25,000 square foot extraction facility now holds licences under both ACMPR and Narcotics Control Regulations (NCR), with the two bodies set to merge on 17 October alongside the legalization of recreational cannabis use in Canada.
See more:
“With the two regulatory bodies merging on October 17th, the receipt of our LP licence is a step we deemed necessary to ensure the Company has every opportunity to capitalize on the adult-use and retail cannabis space, both domestically and internationally,” said Tyler Robson, Valens’ CEO.
“Our license to cultivate and produce oil under the ACMPR brings us one step closer to being able to offer Valens-branded products directly to consumers here in Canada. We are excited to finally share this milestone which plays vitally into our business development plans."
Valens recently announced a partnership with Australian cannabis firm Medigrowth that will see the former supply the latter with cannabis flower and oil products.
OilCannabislegalizationmedicinal
Share
Share