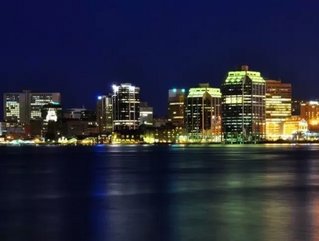 Thanks to police in Halifax, the couple who were planning a Columbine-like shooting back in February was stopped.

The Canadian man, Randall Shepherd, and American woman, Lindsay Souvannarath, are accused of plotting a massacre at a shopping mall in the Atlantic Canadian city of Halifax. This was supposed to take place on Valentine’s Day, in which the pair was allegedly going to shoot as many people as possible before turning the guns on themselves.

Shepherd, 20, and Souvannarath, 23, are believed to have met online. Souvannarath traveled from Illinois to Canada, where she and Shepherd were arrested at the Halifax airport. A judge officially ruled last Friday that the hearing will begin in June. While Souvannarath physically appeared in the courtroom at the time of the ruling, Shepherd appeared via video from a prison in Nova Scotia.

The arrest at the airport took place after the Halifax police received a tip about the couple’s murderous plan. A third party man who is also believed to have been part of the grueling plot was later found dead at a home in Halifax. The two men were friends and met the woman online—all three had a deep admiration for the two teens responsible for the Columbine massacre.

RECENT TOPIC: Are You on the Up and Up? Business Etiquette is Important—These Tips Can Help

Therefore, it’s believed this Valentine’s Day massacre was going to mirror the killings that took place in Columbine, Colorado back in 1999, in which two teenagers killed 12 students and a teacher in a shooting spree.