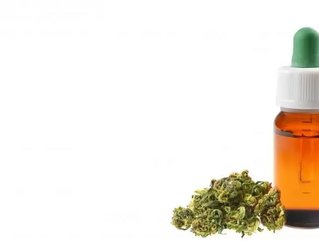 On December 9, Vancouver event space Marriott Parq Casino and Resort will play host to the largest cannabis conference since the government legalized the drug for recreational use in October. The O’Cannabiz Conference and Expo will feature talks by industry experts and public figures, as well as  according to Business in Vancouver.

The theme of the event has been described on the conference’s site as “a blazingly creative think-tank of issues related to our globally groundbreaking endeavor: recreational marijuana for responsible adults.” Topics set forth for discussion include: tourism opportunities, aboriginal participation, quality control, brand building, workplace issues, market estimates and possible shake-outs, corporate moves and potential mergers.

Neill Dixon, president of the organising event company said in a statement that “As of October 17th, Health Canada has come out with a lot of new rules and regulations, and set the framework for what was to come. Consequently, there’re a lot of questions."

Dixon estimates that around 2,000 people will pay the US$371 fee for entry into the conference’s various panels and talks. General admission has been priced at just over $20 for each of the event’s three days.

According to Business in Vancouver: “One keynote speaker will be former TV personality Montel Williams, who was later diagnosed with multiple sclerosis and found cannabis as a way to manage the disease.”

Founder of the National Institute for Cannabis Health and Education, Barinder Rasode, commented on the decision: “Sometimes conferences are very focused and work in silos with people who have been in the industry for a long time,” she said. “The appeal of big names can get the attention of others.”

In April, the Canadian cannabis market was predicted to reach $6.85bn annually by 2025, according to New Frontier Data. Founder & CEO Giadha Aguirre de Carcer said in a press release that “the Canadian medical and adult-use markets will rival that of California – which boasts the 6th largest overall economy internationally. Canadian usage rates in the medical market are higher on average than in the U.S. When the adult-use Canadian market opens the combined domestic and international opportunities will increase dramatically and create new momentum around the world”.