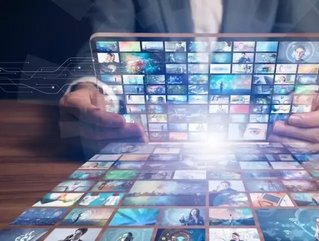 Global media company Viacom has announced it has entered into an agreement to purchase Pluto TV, the most popular free, ad-supported streaming service in the US. The platform, which offers around 100 ad-supported channels and a library of on-demand content, is available without an account or credit card. Pluto TV offers content running the gamut of television and movies, sports, news, lifestyle, comedy, cartoons, gaming and trending digital series.

“Since our launch less than five years ago, and particularly over the past year, Pluto TV has enjoyed explosive growth and become the category leader in free streaming television," said Pluto TV CEO and Co-Founder Tom Ryan. "Viacom’s portfolio of global, iconic brands and IP, advanced advertising leadership and international reach will enable Pluto TV to grow even faster and become a major force in streaming TV worldwide. Viacom is the perfect partner to help us accomplish our mission of entertaining the planet.”

Pluto has an average monthly user base of over 12mn people, 7.5mn of which access Pluto TV via connected televisions, who stream billions of hours of content each month via devices like Roku, Amazon Fire TV, Android TV, Apple TV, Chromecast, and Sony PlayStation consoles, in addition to mobile applications on both Android and iOS.

“Today marks an important step forward in Viacom’s evolution, as we work to move both our company and the industry forward. Pluto TV’s unique and market-leading product, combined with Viacom’s brands, content, advanced advertising capabilities and global scale, creates a great opportunity for consumers, partners and Viacom,” said Bob Bakish, Viacom President and CEO. “As the video marketplace continues to segment, we see an opportunity to support the ecosystem in creating products at a broad range of price points, including free. To that end, we see significant whitespace in the ad-supported streaming market and are excited to work with the talented Pluto TV team, and a broad range of Viacom partners, to accelerate its growth in the US and all over the world.”