[VIDEO] 5 Facts Every American Should Know About the Bergdahl Case 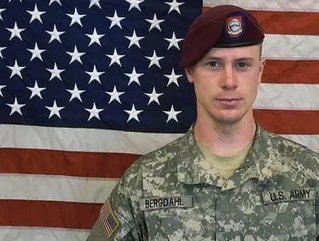 Last year Army Sergeant Bowe Bergdahl broke into the American consciousness when he was rescued from Taliban captivity in a deal that saw 5 Guantanamo Bay detainees released into Qatar. When the first facts about Bergdahl's case surfaced, namely that he was captured as a result of having walked away from his Army unit in Afghanistan, some of his former comrades accused  him of desertion.

Yesterday in the afternoon at Fort Bragg, North Carolina, Bergdahl was formally charged by the Army for desertion and misbehavior before the enemy.

In the video below, Bergdhal's attorney, Eugene Fidell, a Yale legal scholar, discusses his client's case. In the meantime, Business Review USA has compiled five unavoidable facts that every American should know at coffee table discussions about Bergdahl

1. The Army has stated that his motives were pure.

In his investigation, Army Major General Kenneth Dahl concluded that Bergdahl's motives were pure, that he was truthful in describing his motives.

2. The facts of the case will be public.

Bergdahl's trial has been designated an Article 32 hearing. An Article 32 is a summary hearing based on an investigation that determines whether a case is worthy of a General Court Martial. If it is not, an alternative mode of punishment may be determined.

3. Bergdahl was, partially, motivated by "disturbing circumstances" that merited the attention of the nearest general.

According to Fidell, these "disturbing circumstances" were "conditions in the unit, the management in the unit [within his battalion.]"

According to Fidell, when Bergdhal walked away from his unit into an Afghan village, he intended to return.

5. Bergdahl's defense team has not been shown the full report completed by Major General Dahl

It has only been shown an executive summary.  Fidell insists that without access to the full report, his client cannot have a fair Article 32 hearing.