[Video] Rivals or Roommates: Chargers and Raiders May Move to LA—Together 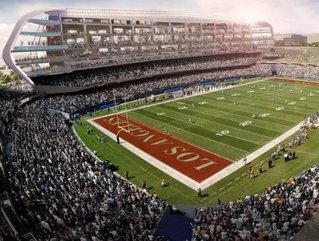 The ultimate back-up plan has been launched by the San Diego Chargers and the Oakland Raiders: Together, the AFC West rivals purchased land in Carson, Los Angeles County, California, for $1.7 billion.

Both teams have been actively pursuing new stadiums in their respective cities for some time. The Chargers have spent nearly 14 years “patiently” waiting while seven San Diego mayors and nine proposals did nothing to solve the problem.

Similarly, the Raiders have been back-and-forth with Oakland and Alameda County for nearly six years, again to no resolve.

As the two NFL franchises are both under year-to-year leases with their current stadiums—Qualcomm Stadium, or the "Q," and Oakland-Alameda County Coliseum, or "O.Co."—news of a joint land purchase in another city altogether may mark the beginning of a new era.

Watch the video below for more details.