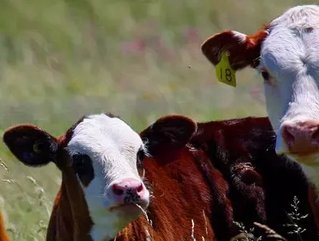 Agriculture and Trade Ministers announced Sunday that for the first time in eight years an Asian market has opened its doors to Canadian livestock, including cattle, sheep and goats.  A Vietnamese market, which is worth up to $50 million, is now available for Canadian ranchers.

"Our Government is focused on completing the economic recovery by opening new markets for Canadian goods and services," said Agriculture Minister Gerry Ritz. "The Vietnamese market is now reopened to live breeding cattle, sheep and goats and trade can resume immediately, which will benefit Canadian ranchers."

Livestock markets have been cut off since 2003 from the Mad Cow disease scare. The new agreement is a direct result from the Canadian industry’s work with the government to gain Vietnamese market access. Trade will resume immediately to Vietnam thanks to the country’s Department of Animal Health.

"Canadian farmers and their families know that international trade is fundamental to their financial security, and our government wants to help them through freer trade and by securing access to new markets,” said International Trade Minister Ed Fast. "Canada welcomes this decision by Vietnam. Closer economic ties with Southeast Asia will create jobs and opportunities for Canadians. The achievement of this milestone is one more example of the effectiveness of the ongoing partnership between the Canadian Government and Industry."

In October of 2010, The Canadian Livestock Genetics Association (CLGA) and Vietnam’s National Institute of Animal Sciences signed an agreement in respect to livestock genetics improvements for sheep and goats in Vietnam.