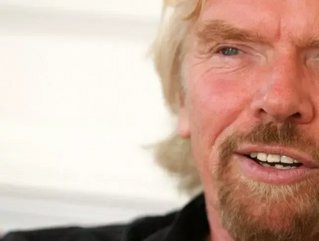 Business tycoon Richard Branson has decided to follow in the footsteps of online entertainment company Netflix by allowing Virgin employees to take as much holiday as they wish. The ‘no-policy’ on holiday leave will be rolled out at Virgin U.S. and Virgin U.K. headquarters initially, with plans to extend it to subsidiaries if successful.

Netflix was the first major company to introduce such a policy – the rationale behind it being, employees are able to work almost anywhere due to technology and the mobile nature of communication makes it harder for employees to track exactly how many hours people work each day.

Netflix realized this a few years ago and decided to apply the same logic to annual leave. Instead of giving employees a set amount of holiday time they decided not to track it and let employees manage their own time off and they can take as much time as they like. According to the company it leads to happy staff who are more creative and productive.

While the decision by major corporations such as Netflix and Virgin will disrupt the status quo in many respects, it may also encourage smaller businesses to consider new working options for their employees, which could ultimately lead to greater productivity and thus turnover.

An unlimited holiday policy works because one key prerequisite to taking time off is the individual who takes leave must ensure they can do so without disrupting the operations of the company. Rather than facing downtime the company can rest assured ‘business-as-usual’ will be maintained.

Such a policy could work well at a company like Virgin, however it goes without saying that there’s going to be many businesses, and indeed entire sectors of industry where it isn’t feasible.

What do you think about Virgin’s move to a no-policy holiday structure? Is it good for business? Will it motivate and help retain top employees? We would love to hear your thoughts on the Business Review USA Twitter feed, #VirginHolidayPolicy.