Virtual events for women in leadership during March 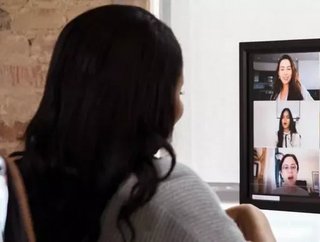 From webinars to workshops, these North America-focused virtual events will inspire and inform you on International Women’s Day and beyond...

This International Women’s Day (IWD), Monday March 8, and throughout the month of March, institutions and organisations are both celebrating women leaders and addressing the issues that hold women back from getting to the top.

IWD’s theme this year is #ChooseToChallenge, a call-to-action to challenge the status quo by raising awareness against bias, celebrating women’s achievement, and taking action for equality. While this year’s UN Women Official theme is Women in Leadership: Achieving an equal future in COVID-19 world.

Discover these top four virtual webinars, summits and conferences being held both on March 8 and throughout March which address these issues with a focus on women across the North America region.

A round-the-clock virtual event, so check in at any time wherever you are in the world, this conference sponsored by big businesses like Bumble, Netflix, Microsoft Azure, Shopify, GoogleCloud, JPMorgan, is also free. It will showcase women in tech and their craft, through a variety of talks (from coding to cloud, devops to data science, AI to IoT, backend to blockchain), as well as career, personal development, startups, business, strategy, and inspirational talks. Workshops and discussions will be led by women and/or allies. From software engineers, data scientists and frontend developers to digital business analysts, creative technologists and tech firm founders, and including top tech leaders at Microsoft, BBC, Deloitte, Google, Samsung, Airbus, Shopify, Amazon, JPMorgan and Netflix.

At the fourth annual Bloomberg Equality Summit, leaders at the front lines of industry and policy convene to showcase topics surrounding women and other minority groups in the workplace, as well as the steps they're taking to move forward. The preeminent forum for corporate executives, thought leaders and advocates working tirelessly to create a more just business climate for all, speakers include everyone from dignitaries to CEOs of Fortune 500 companies with notable equality challengers including Her Majesty Queen Rania Al Abdullah Queen of the Hashemite Kingdom of Jordan; Sheryl Sandberg, COO of Facebook; and Melinda Gates, Co-Chair, Bill & Melinda Gates Foundation. Other speakers include Shaheen Akram, Global Head of Diversity & Inclusion at ING; Oren Frank, CEO of Talkspace; Alfred Kelly, CEO of Visa; Bo Young Lee, Chief D&I Officer of Uber; Antonio Neri, CEO of Hewlett Packard Enterprise; Anne Oxrider, Senior VP of Bank of America; and Maxine Williams, Chief D&I Officer of Facebook.

This live event organised by the UN will convene leaders from business, government, civil society and academia to discuss and demonstrate how the private sector can help bring down barriers to gender equality by respecting and supporting the rights of women and girls. Brought together during the 65th Commission on the Status of Women, this interactive and global event seeks to inspire and engage business and other stakeholders to take concrete action to advance gender equality.

Building on the UN Global Compact Leaders’ Summit and Uniting Business LIVE virtual event forums, which attracted thousands of attendees from every corner of the world, Target Gender Equality LIVE will be a completely virtual and innovative event experience. It will showcase the work of Global Compact Local Networks and partner organizations, featuring a dynamic mix of live plenaries, on-demand programming, global networking and practical tools and resources. Among sessions is a panel discussion entitled Women’s Empowerment Principles: Foundations for Equality in Practice, which will include panelist Michel Khalaf, MetLIfe’s President & CEO.

Industry-leading platform and community iConnections, which connects investment managers and allocators, will host a week-long virtual conference on its platform from March 8 to mark International Women’s Day. The Forum, which builds on this year’s IWD theme #ChooseToChallenge will bring together leading changemakers in investment, tech, law, and non-profits to discuss how barriers to gender equality and inclusion can be overcome through organisations, information and ambition and discover a way forward for women to expand their footprint in the industry.

Throughout the event, there will be coffee chats in which members can virtually meet to discuss the issues raised during the Forum with the event’s speakers, as well as firms such as Cambridge Associates, Millennium Management, UBS Wealth Management, BMO Family Office and Wetherby Asset Management. Among speakers are Kim Lew, CEO of Columbia University; Sandra Robertson, CIO of Oxford University; Haiyan Zhang, Chief of Staff at Xbox, Microsoft; Amy Chen, CIO at Smithsonian Institution; Barbara Turner, CEO of Marcho Partners; and Dr Tara Swart, neuroscientist and author.