Vocation for Vets: How Renewable Energy is Stepping Up 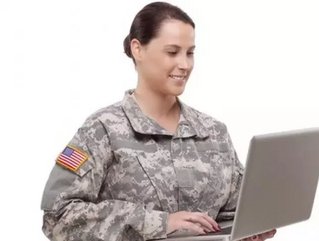 They served their country. They fought for our freedom. They sacrificed more than most Americans can imagine. So why is it so hard for a United States Veteran to find stable, worthwhile employment post-service?

According to the Veterans Talent Index, which was created by Monster Worldwide (the parent company of Monster.com and Military.com) and highlights the skills of military service members entering the workforce, the struggle is real.

“Veterans’ top job search challenge remains the ability to communicate military skills in a way that employers can understand and utilize,” the report reads. “Two-thirds of surveyed veterans said that while they were prepared for their career transition out of the military, they felt hiring managers do not understand their skills and experience.”

Enter renewable energy, an industry that is currently experiencing a huge period of growth and values the technical skills our veterans possess. It doesn’t hurt that U.S. military is getting on board with renewable energy, too.

As Michael Brower, president and CEO of the American Council on Renewable Energy, wrote in the Huffington Post, “The Department of Defense now has over 500 fixed installations worldwide, and projects have continued to grow ever since DOD opened 16 million acres of land for renewable energy development in 2012. These installations require trained personnel to help manage and maintain its functions, making these individuals ‘ready-made’ for similar roles in the private sector.”

So while many companies fail to see the value of a vet, one private sector, Ohio-based Renewable Energy company, Tipping Point, is taking the opposite approach: They only hire vets. This is great news for veterans such as Ben Nolan, who bravely served his country as a Marine for eight years yet found himself out of work for 18 months after returning home.

“I've probably put my resume in to 300 places in the past year,” he told Military.com. "The farthest I've ever got was a phone interview."

Fortunately for Nolan and others like him, there are also programs that have been created with the sole intention of helping vets enter the renewable energy sector. Denver-based Veteran’s Green Jobs, which has helped more than 350 vets find jobs in the last four years, and Troops to Energy Jobs, a pilot program that includes five of the nation’s largest energy providers, are forging a path that all industries need to follow: support our troops, before, during and after service.

It is this exact concept that inspired Representative Barbara Lee to form the INVEST (Incentives for our Nation’s Veterans in Energy Sustainability Technologies) Act, the purpose of which is to provide a tax incentive for renewable energy companies to hire veterans.

“It is a simple step that will have profoundly positive implications for creating good-paying jobs for veterans and developing a sustainable energy grid, improving energy efficiency and developing new technologies,” Lee said in a column for Huffington Post. “We should INVEST in our veterans, advanced technologies and our sustainable energy future. This legislation would achieve all three goals making it a win-win-win. During their service in our armed forces, our veterans gain expertise in advanced technologies, an expertise we can use in the civilian sector to build renewable energy infrastructure.”

Now we just need to get the rest of the business world on board.