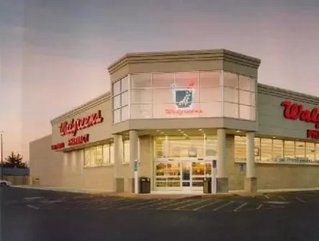 Pharmacy chain Walgreen Co. will once again fill prescriptions from customers with Express Scripts starting this September. A new multi-year agreement between the chain and the drug plan administrator signifies the end of a long-running battle that caused Walgreen sales to slip as millions of customers had to find alternate ways to get their prescriptions filled.

Walgreen has not filled Express Scripts prescriptions since January, stating that the company wasn’t paying enough for drug dispensing fees. According to Express Scripts, its contract with Walgreen ended because Walgreen was asking for a premium compared to what other pharmacies were being paid for the same services.

More than ten percent of the 819 million prescriptions Walgreen filled in 2011 were Express Scripts prescriptions.

Walgreen maintained that it would rather lose revenue than fill what it felt were unprofitable prescriptions. It was a risky stance that ended up putting the company in an unfortunate position.

Each month in 2012, the company has posted lower year-over-year sales as its customers have moved on to patronize rivals like CVS Caremark and Rite Aid Corporation.

“The longer this dispute goes on, we believe, the sticker the customer will be in terms of the new pharmacy they’ve chosen,” Merlo said.

Walgreen hopes to move on and welcome Express Scripts customers with open arms, but President and CEO Greg Wasson has never shown any signs that the company regrets its past.

“I think we’re a stronger company today than we were a year ago,” Wasson told the Chicago Tribune in May. “Every day I grow more confident that we made the right decision and that we’re driving more value. Anyone can make money selling dollar bills two for a buck, but you won’t stay in business very long…if we’re not going to be compensated fairly for the service we provide, I have no interest.”