Walgreens CFO Steps Down During Lead Up to Alliance Boots Acquisition 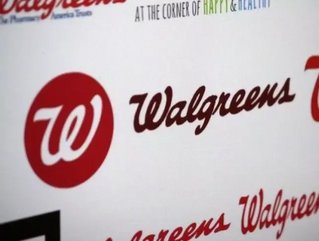 U.S. drugstore giant Walgreens announced today that it is replacing its CFO, Wade Miquelon. The decision comes as the chain plans to announce a decision regarding a move in headquarters to cut its U.S. tax bill.

As early as this week, Walgreens is expected to announce the completion of its $16 billion acquisition of European drugstore Alliance Boots. As part of the deal, Walgreens will have the opportunity to complete a tax inversion, which would allow it to reduce its tax bill by a projected $4 billion over the next five years by listing the company's headquarters in Switzerland, where Alliance Boots is situated. The company said it would announce its decision by early August.

While many Walgreens shareholders support the move to Switzerland, the company is facing pressure from Democratic lawmakers and activists who want it to remain in the United States.

Miquelon, who will be replaced by Kraft Foods Group executive Timothy McLevish, is the second top Walgreens executive to announce he's leaving the company in the lead up to the tax inversion decision.

Kermit Crawford, Walgreens president of pharmacy, health and wellness, announced last month that he would retire after spending 31 years with the company.

Miquelon joined Walgreens in June 2008 as senior vice president and chief financial officer and was promoted to executive vice president in 2009. He played a key role in the 2012 deal that led to Walgreens acquiring 45 percent of Alliance Boots with the option of completing a takeover of the company in 2015. Walgreens CEO Greg Wasson said Miquelon would continue to serve as adviser to the company through the completion of the Alliance Boots deal.

“Now that we are preparing to move forward with bringing together these two iconic brands, it's the right time for me to transition to new challenges and new opportunities,” Miquelon said in a statement.

McLevish comes to Walgreens from Kraft Foods Group, where he most recently served as executive vice president and chief financial officer.