Walmart continues to fight over wages 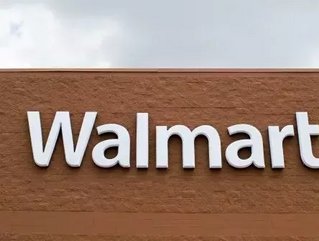 While facing criticism for paying low wages, the retail giant faces hardships of its own reporting its third straight quarterly decline.  Analysts claim that low-income customers have been reluctant to open their wallets.

It can be argued that it’s more than just low-income workers that are not opening their wallets at Walmart. The negativity in the headlines regarding Walmart’s questionable business decisions have been at the forefront of Black Friday discussions. Last week 117 workers in Chicago went on strike in hope their voices would be heard to demand a living wage.

CNN Money spoke with the CEO of Walmart, Bill Simon asking for some clarification regarding Walmart’s wage disputes. The reporter asks, “With almost $17 billion in sales, why not just raise the wages and then your employees will have more money spend at Walmart!”

Bill Simon replies, “The reason we apposed it [raising minimum wage] in Washington is because it was targeted specifically at us. The discussion around minimum wage is one that this country needs to have, but that’s not the issue. The issue is not where you start, but it’s where you go to once you’ve started, the mobility. So raising the minimum wage will change the starting wage but it won’t adjust and where people can to and the career opportunities that exist in the country today. One of the reasons we that we launched a manufacturing initiative this year was to help address that.  At our company you have the opportunity to enter at whatever level your capability would suggest and you have the opportunity to advance. That opportunity doesn’t exist everywhere in the country, so our efforts in U.S manufacturing is to bring back those jobs that people can advance to. I think the debate over the starting wage or the minimum wage is just a little bit shortsighted in the conversation, because it’s not where you start, it’s where you go to.  Everyone starts somewhere. “

The reporter asked if Walmart would have to raise prices if the minimum wage was raised to $15 and Simon replies, “You can look at places where there is a $15 minimum wage like Australia for example and the average retail wage is $22 and a 24-pack of coke is $26.”

I think this says a lot about Simon. Being the CEO of the largest retailer in the world come with an immense amount of responsibility, and if employee’s wages were significantly raised could Walmart single handedly start and upswing of inflation essentially landing employees in the same situation they are in now?