Walmart expands its curbside grocery pickup service in the U.S. 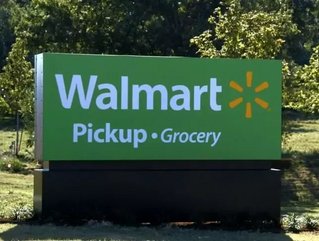 Walmart has tapped into its large physical store footprint to roll out curbside grocery pickup in a number of locations across the U.S., allowing customers to shop online or on mobile, then pull up at their local store to grab their order.

Today, the retailer is announcing an expansion of this service to a number of new markets, as well as a doubling of store pickup locations in several of its larger, established markets.

With the additions, Walmart’s grocery pickup service will be live in over 20 markets. This gives the retailing giant a competitive angle to counter the often pricier online grocery delivery services.

Ninety percent of our customers are repeat users, and more than 90 percent of our online baskets include fresh grocery items (dairy, produce or meat). Walmart says that’s exciting because it means that their personal shoppers – associates who are carefully selected and highly trained to pick these foods as if they were choosing for their own families – must be working hard to get things right while strengthening the trust customers place in us to shop for them.

Walmart says the new markets and expansions will come online this month, ahead of several more expansions to new locations planned for 2016.

This initiative is headed by Michael Bender, COO of Global eCommerce for Walmart.

Michael Bender is chief operating officer of Global eCommerce for Wal-Mart Stores, Inc., and leads the strategy for and effective execution of the company’s eCommerce operations around the world. Additionally, Michael is responsible for the integration of digital commerce into new and existing formats.