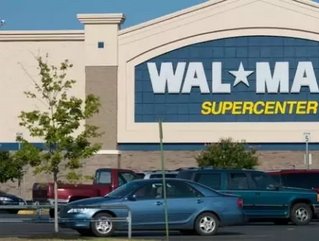 We reported back in January that big-box retailer Walmart was teaming up with first Lady Michelle Obama's anti-childhood obesity campaigns to offer healthier food options on the company’s shelves. With the company’s powerful force in American communities of all sorts and sizes, Walmart is at it again and announced this week that it will open up to 300 new locations over the next five years in so-called food deserts. These areas throughout the country lack healthy food options and Walmart is capitalizing on its brand and partnership with Mrs. Obama to eradicate these areas.

The idea spearheaded by Mrs. Obama will serve 1.3 million people, according to an article by Fast Company, and will account for an additional 218 food desert stores that Walmart has opened over the last four years. Walmart is catering to those neighborhoods who have no real option when it comes to fresh produce and unprocessed foods. At the same time, Walmart will be nearly guaranteed to be the biggest grocer in these locations because competition is just about nonexistent in these areas. The company already makes up 25 percent of grocery sales across the country and we can imagine that percentage will only increase once the final 300 locations open.

"By opening stores where customers need them most, Walmart will help build healthier families and stronger communities. We believe every single person should have access to an abundant selection of fresh fruits and vegetables at an affordable price," said Leslie Dach, executive vice president of corporate affairs at Walmart, in a statement.

Fast Company also says that Walmart recently announced plans to double sales of fresh produce sourced from local farms in U.S. stores by the end of 2015. The company also expects to invest over $1 billion in its global fresh food supply chain over the next five years.

Now, if only Walmart could manage its issues with wages and female employment problems in the headlines, the company may actually be a wholesome business with the greatest of intentions in mind.