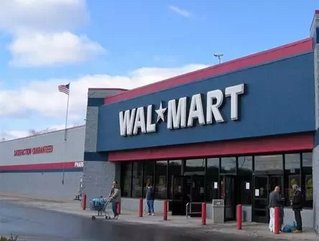 Walmart announced today its plans for expansion in Canada throughout its 2012 fiscal year. Costing an estimated $750 million, Walmart’s plans are expected to create  more than 14,000 jobs for Canadians.

Walmart’s 2012 expansion plans include 73 construction projects. The company has its work cut out for itself as its 73 projects include the expansion, renovation, remodelling and reformatting of stores. 39 of the aforementioned projects include the remodel of former Zeller stores Walmart purchase leasehold rights for in June 2011. Those stores are expected to reopen as Walmarts within the company’s fiscal year.

Offering Canadians more than 14,000 employment opportunities in the store, trade and construction sectors, Walmart’s investment is a good addition to Canada’s economic climate.

Even more, Walmart announced that at least half of fiscal expansion plans include producing supercentre stores. Walmart supercentres will provide consumers with a full range of groceries and general merchandise all under one roof.  Walmart plans to confirm which stores will be included in these expansion plans in the upcoming weeks and months.

"This is an exciting year for Walmart Canada.  We are proud of our 18-year record of growth, and of the investment we make in the Canadian economy. As the country's fastest growing retailer, every year we create thousands of new jobs, spend billions of dollars with Canadian suppliers, and invest millions in Canadian communities,” said Shelley Broader, President and CEO of Walmart Canada.

Today’s announcement will bring Walmart Canada’s store count up from 333 stores throughout the nation to 375 stores by January 2013. As Target plans to bring in its own stores to Canada beginning Q1 of 2013, it’s easy to see why Walmart is investing so heavily in Canada. But will these renovations, remodelled Zellers stores and supercentre’s beat out the launch of Target Canada? We’ll find out early next year.