Washington DC best US city for women in tech 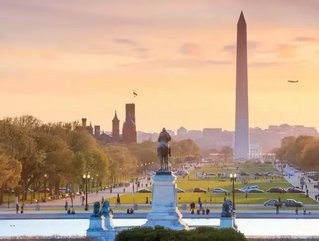 According to a study by financial technology company SmartAsset, Washington DC is the number one city in America for women in technology. The US capital remains in the number one spot for the fifth year in a row, with women filling 38.9% of the city’s tech jobs, compared to the national average of 25%.

In 2017, Forbes magazine found that women in the tech sector in Washington made 94.8% of what their male counterparts were paid, compared to the national average of 84.8%. As such, Washington appears to be one of the best cities in the nation for powerful, enterprising women. In November 2018, serial entrepreneur and veteran of seven startups in the Washington DC area, Tiffany Norwood, said in an interview with the Free Times, “to be around where you have … women or people of color popping up and saying, ‘We are in support of the startup economy, we want to be entrepreneurs, too. We want to collaborate and be supportive,’ that is so exciting to me.”

In 2018, DC improved every one of its statistics across the Smart Asset report. By contrast, top national tech cities like San Francisco and San Jose failed to reach the top 10. Washington, D.C.; Baltimore, Maryland; and Philadelphia, Pennsylvania continue to three of the best cities for women in tech from 2017.

Amelia Friedman, co-founder of Hatch, a startup that allows people and businesses to create their own b2b or b2c applications without coding, told Time Magazine in February 2018 that “I think what we’ve done, it’s only possible in DC. Here, women-run companies can grow big.”