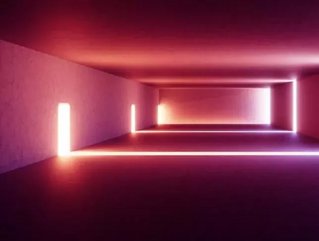 Business Chief takes a look at some of the biggest business events of the past week, as well as those on the horizon.

In contrast to lower hiring numbers across other industries, the tech sector showed strong growth. US employers added a total of 20,000 jobs over the course of the month, with tech sector jobs, the smallest number in almost 18 months.

On Monday, leading technology giant Nvidia announce that it had entered into an agreement to acquire Yokneam, Israel-based hardware manufacturer Mellanox for $125 per share, resulting in a total cash consideration of $6.9bn.

Together, Nvidia and Mellanox’s computing platforms power over 250 of the world’s TOP500 supercomputers.

“The emergence of AI and data science, as well as billions of simultaneous computer users, is fueling skyrocketing demand on the world’s datacenters,” said Jensen Huang, founder and CEO of NVIDIA. “Addressing this demand will require holistic architectures that connect vast numbers of fast computing nodes over intelligent networking fabrics to form a giant datacenter-scale compute engine. We’re excited to unite NVIDIA’s accelerated computing platform with Mellanox’s world-renowned accelerated networking platform under one roof to create next-generation datacenter-scale computing solutions. I am particularly thrilled to work closely with the visionary leaders of Mellanox and their amazing people to invent the computers of tomorrow.”

Toyota increases US investment by $3bn

The Toyota motor company has announced that it will increase its commitment towards investing in increasing its manufacturing capabilities in the United States.Following the pledge to invest US$10bn over five years in 2017, Toyota on Thursday raised that figure to $13bn, which the company expects to spend by 2021.

Over the next two years, Toyota expects its investment to create around 600 new jobs at American plants.

"These latest investments represent even more examples of our long-term commitment to build where we sell," said Jim Lentz, chief executive officer for Toyota Motor North America. "By boosting our U.S. manufacturing footprint, we can better serve our customers and dealers and position our manufacturing plants for future success with more domestic capacity."

First announced 15 months ago, the Walt Disney Company’s $71.3bn merger with 21st Century Fox is scheduled for completion on March 20, 2019.

According to an Adweek report, the deal will give Disney control of the Twentieth Century Fox movie and TV studios, cable networks like FX and National Geographic, India’s Star network and Fox’s 30 percent stake in the Hulu streaming service. Before the closing of the deal, Fox has agreed to sell off its Fox broadcast network, Fox News, Fox Business Network and Fox Sports, which will become a new company under the Fox brand.

The merger is expected to result in the elimination of approximately 7,500 jobs.