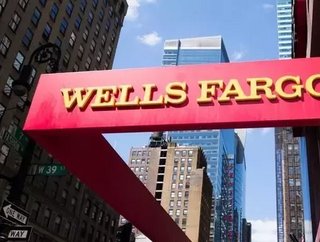 Elizabeth A. Duke is set to become the new chairperson of Wells Fargo this year, making her the first woman to hold the position at a major Wall Street bank.

The former federal reserve board member is set to succeed Stephen W. Sanger in January, following what has been a turbulent and scandal-filled year for Wells Fargo.

In a statement, Sanger said: “Betsy was the unanimous choice to lead the Board as it continues its focus on strengthening oversight and rebuilding the trust of shareholders, customers, and other stakeholders.”

“Her broad understanding of the financial system and markets combined with years of main street community banking experience make her the ideal Chair to work with the rest of the Board and Tim Sloan as Wells Fargo continues to move forward,” he added.

The San Franciscan lender was left reeling after its admission that, over several years, employees opened up as many as several million fraudulent accounts to try and meet aggressive sales quotas

In a continual string of scandals, the bank also revealed that the number of unauthorised accounts could “significantly increase” and that the government was also pursuing an investigation into whether customers were harmed by the handling of bank accounts suspected of fraudulent activity.

Cynthia H. Milligan and Susan G. Swenson, who both joined the board in the 1990s, will also retire at the end of the year "to help facilitate Board refreshment and provide for an appropriate transition of committee membership," the bank said in a statement.

The Wall Street bank also announced that retired PricewaterhouseCooper executive Juan Pujadas will also join the board as a new independent director.

In a statement Timothy Sloan, CEO and president of Wells Fargo said: "Betsy's regulatory expertise has been invaluable to Wells Fargo, and I know that the combination of her banking and risk management experience will continue to serve the Board and the company well in her new role as Chair,"