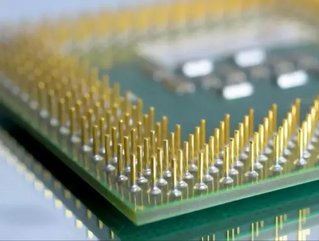 The consortium will reportedly offer US$17.4bn, after talks with a previously preferred bidder stalled.

Toshiba is scrambling to sell its flash memory unit to cover losses from its bankrupt US nuclear company Westinghouse.

The conglomerate is hoping to raise US$18bn and fill a US$4.5bn hole in its shareholder equity.

Their talks stalled after Western Digital - who is a partner in Toshiba’s main chip plant - argued that they needed to consent to a sale. A legal battle ensued between the pair which unnerved the state-backed firms. The firms have demanded that the conflict is resolved before a sale.

On Wednesday SK Hynix reiterated that it was still a member of the preferred consortium and that no changes had been confirmed. “We are still in the running and our consortium is still in talks with the seller and will continue the negotiations to take over Toshiba’s chip business,” it said.

The potential bid from Western Digital has split opinion at Toshiba. Some sources say that whilst some see Western Digital as a serious contender, others are concerned that the deal will fizzle out due to funding, regulatory and cultural issues.

Toshiba wants to secure the deal by the end of the fiscal year in March 2018. Failure to do so would trigger a delisting of Toshiba’s shares from the Tokyo Stock Exchange - an outcome that the company, its banks and the Japanese government are desperate to avoid.

Given that regulatory approvals are sluggish and could take more than six months, the company hopes to reach a quick deal by the end of the month to ensure it can close the sale in time.