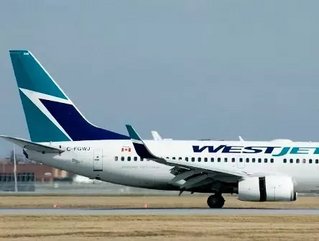 WestJet airlines announced today via a press release that it is contemplating adding a short-haul regional airline with a potential timeline of operation by 2013. This new fleet would pit WestJet against Air Canada, Canada’s largest carrier which also offers smaller domestic flights.

WestJet has been hinting at this move since Christmastime, speculating that if the company were to expand, it would probably add a second fleet of smaller aircraft for short domestic flights, according to Reuters.

WestJet currently operates a single fleet of Boeing 737 aircraft which has routes within Canada and to tourist destinations in the United States, Mexico and the Caribbean.

The press release also revealed that the company is starting procedures to receive feedback from employees on the expansion and also released that the proposed fleet would number 40 smaller turboprop aircraft. Experts predict that WestJet will probably use Bombardier Q400 turboprops but WestJet has not yet announced what aircraft will be used.

Canadian’s Travel to the US Becoming Easier

"This is an exciting consideration for WestJetters," said Gregg Saretsky, WestJet President and CEO. "We are meeting with WestJetters throughout January to get their input on this watershed decision.

"This would be the natural evolution of our airline. We have built a powerful brand that has been embraced by the travelling public from the start. Our goal now is to provide more Canadians with more access to lower fares and our friendly and caring guest experience."

According to further information given out by Reuters, a WestJet spokeswoman said that the proposed fleet would create new connections within existing WestJet routes and increase the number of flights. Voting within the company is expected to be done by February.

WestJet's Facebook and Twitter pages are already being bombarded with suggested routes for the smaller WestJet fleet. Hopefully the fleets' popularity will pay off if and when WestJet's new fleet takes off in 2013.