What are the strangest fast food restaurant locations? 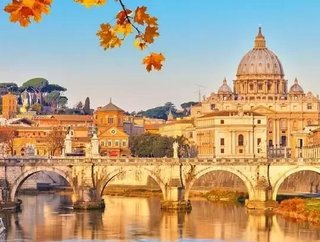 News has hit the headlines of a McDonald’s set to open at a Vatican property, right around the corner from St. Peter’s Square and the Vatican itself.

The restaurant, dubbed ‘McVatican’, has caused outrage across the globe – particularly from cardinals living in the very same building.

The Administration of the Patrimony of the Apostolic See (APSA) has made the decision to rent the space to McDonald’s for 30,000 euros a month. McDonald’s won the bid ahead of numerous companies which were vying for the same desirable property.

Cardinals have been outspoken about this controversial move, not least because the fast food chain fails to bear any connection to the traditional Italian cuisine favoured in Rome. The fact that it will be a stone’s throw from one of the most highly-valued holy parts of the world makes it especially offensive for locals.

This is by no mean the first time a fast food chain has placed a restaurant in an unusual location. Here we list the five strangest places you can buy a sandwich.

The only McDonald’s in Cuba is in Guantanamo Bay. The restaurant is surrounded by barbed wire and is only accessible to personnel of the world’s most notorious detention camp.

Regardless of the fact that it has been shut down since 2007, Starbucks enjoyed seven years of surprising prosperity in The Forbidden City. The business was invited there by the city’s managers, and while some locals questioned the decision to install an American coffee shop in the Emperor of China’s former residence, it thrived until a television personality launched a campaign to remove it.

Arizona doesn’t seem like an unusual location, but Sedona has strict zoning laws which meant that McDonald’s was unable to use its distinctive golden arches logo. Instead, the building itself had to be red to match the natural surrounding rock, decorated with a subdued green ‘M’.

Undoubtedly making a mint from the surrounding throng of dry-throated tourists, there is a Burger King on the western part of the Dead Sea. It’s the lowest-lying branch of Burger King at around 400m below sea level, and is incredibly popular as it is tucked away from the beaming sun.

Yep, you read that correctly. During the construction of 1 World Trade Center, a trailer housing a Subway rose along with the workers, with the use of a hydraulic lift, meaning workers did not have to abandon the building to retrieve food at surface level. Fun fact: Richard Schragger, owner of Subway, was chosen ahead of nine competitors to run a restaurant alongside 1 WTC due to the fact that he didn’t demand a profit.