What do protestors have against the Canada-EU trade deal? 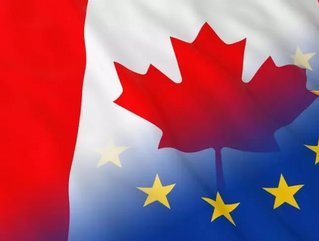 The Comprehensive Economic and Trade Agreement (CETA) due to be struck between Canada and the European Union has been met with protest in Brussels.

Large crowds gathered last week to speak out against the proposed deal along with The Transatlantic Trade and Investment Partnership (TTIP) proposal being negotiated with the USA.

From day one, CETA will scrap almost all customs duties, saving EU firms hundreds of millions of euros a year in duty payments, thus also benefitting European consumers directly, by reducing prices and increasing choice of products imported from Canada.

It will boost trade in services, create new market access and provide better access for European suppliers of services in which EU companies are world leaders, ranging from maritime services, telecoms, and engineering to environmental services and accountancy.

However, protest groups have demonstrated against the proposed agreement, claiming it would damage labour rights and undermine environmental protection laws.

A Greenpeace Europe spokesman said: "We are against these trade deals because they are a threat for the environment, for health, for labour regulations and they give so much power to multinational corporations."

As many as 100,000 were thought to have been protesting across several German cities over the course of the last week or so.