What to look for when choosing an executive coach 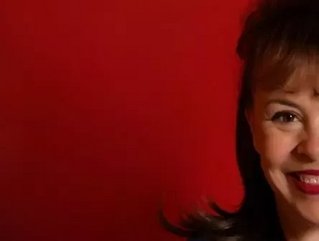 These days, there’s a lot of money being spent on Executive Coaching. You might hear these statements when:

An executive underperforms – “Spend what it takes, get him a coach!”

Another executive leaves without having done a succession plan – “Maybe a coach can help her subordinate step up. We can’t sit idly by and watch performance fall!”

There’s a buy out – and the old ways of operating won’t work for the new shareholders.  “They want a professionally-run organization that will drive EBITDA – perhaps a coach can help with that.”

These are all logical and appropriate times to consider coaching.  But how do you find a coach that will be worth your investment?

There are certification programs for coaches – but nothing that’s generally agreed-upon as being the best credential.

I’d submit that the best people to coach executives are those who have been executives – not just psychologists or consultants. And you’ll want a coach who has a solid underpinning in all aspects of business – not a short track record of success in a limited role.

The best coaches are people who know the pressure of being responsible for a P&L, of hiring and firing, of engaging a team and getting them to do some of their best thinking and make their best effort, of communicating a vision and enrolling a team in pursuing it.

And the best coaches are people who have done all this successfully, and who can appreciate that other people may have a completely different leadership style, but also be able to create great results.

Above all, a good executive coach is a great listener who can help an executive see him- or herself more clearly. It’s someone who can point out the patterns of behavior that keep occurring, that seem to work against the executive growing, changing, and becoming more successful in creating the results sought.

Look for a coach who can listen without judging, and help the person coached by sharing the burden of their responsibilities, their frustration or their sense of overwhelm, and help them sort that out into something that feels easier to bear.

A great coach ought to have a point of view, and be able to keep up her or his end of the conversation. They ought to realize that some of the greatest value they can provide is simply getting an executive to admit what he or she wants – and then holding his or her feet to the fire to do the pieces of activity that lead up to the achievement of that desire.

But more than that, a coach ought to be a person who can like the person who’s being coached – who can appreciate what he or she has been through, and who can acknowledge his or her successes while encouraging movement and progress.

A great coach ought to work with the person coached to determine a set of goals, and the coach should have input to that process, identifying both short- and long-term goals that make sense, with benchmarks along the way so progress -- or lack of it -- is clear.

Lenann McGookey Gardner is a Harvard MBA and a seasoned executive in the consumer goods, telecommunications, banking and technology industries.  An international speaker, she is the author of Got Sales:  The Complete Guide to Today’s Proven Methods for Selling Services, which was nominated for the Axiom Business Book Award as the best sales book of the year. Profiled in Who’s Who in America every year since 2004, she serves as an executive coach to professionals around the world. Visit her websites: http://YouCanSell.com and http://YouCanLeadCoaching.com.