What other retailers can learn from Canadian Tire’s recent expansion 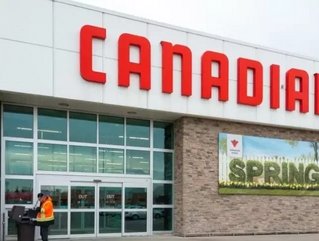 Most of us are well aware of the fact that Target closed all of their Canadian locations last month due to disappointing sales. However, in a turn of events, it seems that Canadian Tire is stepping up to the plate and taking over 12 of the former Target locations. Regarding this growth, CEO Michael Medline has reported that the company will provide “larger stores that will allow more products and deeper assortments of brands.” Canadian Tire is growing, but what does this mean exactly and what can be learned?

RECENT TOPIC: Tips for CEOs to balance family and work

About the deal and what’s coming

Canadian Tire reported that the deal for the location takeover will cost about $18 million. These locations are spread wide throughout Canada, including areas like Montreal, Ontario and British Columbia.

Interestingly enough, when talk originated that Target would be coming to Canada, it was believed that Canadian Tire would be losing a significant amount of market share. Clearly, the opposite has occurred. Not only has the latter store improved their overall quality, but its stock price has also taken off. In fact, the rise and fall of Target Canada has actually assisted Canadian Tire.

Established businesses, such as Canadian Tire, are known to have some of the best real estate. Furthermore, retailing in Canada has been described as “an old boys club.” Therefore, it’s almost as if Target didn’t stand a chance. So it would appear that if you’re already an established business in Canada, you can breathe a little bit; patrons like the comfort of familiarity. And with Target officially gone, the environment seems to be doing better—which is good news for investors!

The good in growing, but not too quickly

If you happen to be in the retail business, then Canadian Tire could be a good company to take note of. Even though the store has plenty of growth opportunities, they aren’t in a hurry to pursue every single one. For example, Canadian Tire only took over 12 of Target’s locations. The company is slowly adding more small-format stores. On the other hand, Target opened over 100 locations at once and consequences soon followed. Therefore, the fact remains: you can move too fast, too quickly.

RECENT TOPIC: Do you have CEO style? Wardrobe tips for men who are in charge