What the UK’s Mini-Budget 2022 means for business 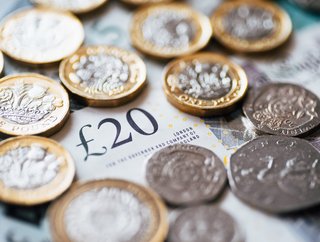 Representing one of the biggest tax-cutting budgets in 50 years, the less-than-mini budget 2022 is aimed at stimulating growth, according to experts

The UK’s Mini Budget 2022, delivered by new Chancellor Kwasi Kwarteng on Friday 23 September, was anything but ‘mini’ according to experts.

In fact, as fiscal events go, this was a “seismic one”, declares Ian Edwards, Tax Partner at EY Northern Ireland.

The announcements, part of the government’s Growth Plan 2022, marked the most significant package of tax changes seen in a generation, setting out a “fundamental change of direction with echoes of an approach not seen since the 1980s”, according to Stella Amiss, regional tax leader at PwC.

Amiss said the Chancellor had been clear that the government’s focus is first and foremost on measures aimed at stimulating growth and competition through a series of tax cuts that will help both employees and businesses.

Among the significant tax reduction measures are the reversal of the previously planned corporation tax increase to 25% from April 2023; abolishment of the 45% tax rate; scrapping of national insurance contribution rise; and creation of regional investment zones throughout the UK.

According to OECD 2022 figures, at 19%, the UK’s rate of corporation tax will remain significantly lower than its G7 counterparts.

Neville Crowe, Tax Partner, EY Northern Ireland said this reversal of the previously planned corporation tax increase would “attract inward investment in the UK and ensure the gap with ROI is not widened.”

However, Amiss said that some may question the extent to which investment decisions might have already been influenced by the planned increase over the course of the last 18 months. “Investors will now be seeking confidence that the rate will remain stable without any further toing and froing,” she says.

The government also announced removing the additional 45% rate on income tax on annual income above £150,000 from April 2023, which means high earners will now pay a lower top rate than those living in Switzerland, according to OECD data.

The Chancellor signalled his focus on boosting the UK’s competitiveness by promising the measures taken would be permanent changes to taxation policy under this government, something that is welcomed by many businesses in the UK, for whom stability and clarity of policy are crucial.

To continue to drive growth, the Chancellor announced intentions to make regional growth a priority, with the creation of almost 40 investment zones across England, and later the rest of the UK. This comes with supercharged tax breaks and a cutting of red tape intended to boost investments and growth across the country.

“Investment zones give much greater benefits than the existing Freeports regime, including saving employers up to £5,600 of National Insurance and extending Stamp Duty relief to residential property in the zone,” says Amanda Tickel, head of tax and trade policy at Deloitte.

And while we don’t yet know where these investment zones will be, 38 local authorities are currently in discussion with HM Treasury.

Amiss says that the success of this will rely on ensuring that this kind of targeted approach doesn’t come at a cost of displacing activity from other local areas and genuinely stimulates economic activity overall for the UK economy.

While Tickel says that in order to make these a success the government must “focus on effectively communicating the benefits to drive business takeup.”

Tucked away in the detail were also a number of other measures designed to support enterprise – among them, increasing the limits substantially for the Seed Enterprise Investment Scheme and Company Share Option Plans. These are permanent changes, and according to Amiss, indicate that the Chancellor plans to do more to support companies and their workforces that grow and invest.