What Trump pulling out of the TPP means for America 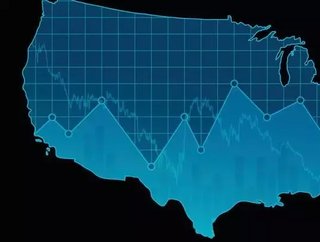 President-elect Donald Trump has announced that one of his first acts as President will be to pull out of the Trans-Pacific Partnership trade deal.

The TTP is a trade deal between the US, Canada, Australia, and Japan among other international giants, in an effort to strengthen economic ties. Trump has referred to the arrangement as “the greatest danger yet” and “a continuing rape of our country”, and plans to negotiate fair international deals which will bring industry to the nation and not – as the TPP allegedly does – favor big businesses.

“Yesterday President-elect Trump promised to nullify the Trans-Pacific Partnership on his first day in office. You could call this Trump’s inauguration gift to China at the expense of rapidly developing countries like Vietnam. Free trade agreements and shifting labor costs continue to move manufacturing and exports from China to Southeast Asian countries like Vietnam. Southeast Asia-US trade has been helped by cost-effective labor and low-cost transparent freight and the now shattered promise of free trade.

“Instead of improving global trade, cancelling TPP will hinder shifting manufacturing patterns, bolster China’s export industry, and hinder the continuation of the rapid growth of Vietnam's economy with GDP multiplying 5X since 2000. Vietnam and other countries that export to the US were not destined to be the TPP’s only benefactor; US exports have continued to grow, with exports to Vietnam exploding by 473 percent in the last decade.

“Transparent trade, from sourcing to duties to freight shipping, are the cornerstone of the global economy. With over $1.2 trillion dollars of goods imported to the US from the 10 non-North American signatories in the past five years, the ultimate price for canceling the TPP will be paid by US consumers who will face higher prices.

“Even within the US, not implementing the TPP will do more harm than good. US manufacturers may find it easier to compete domestically, but they will find it harder to export (nearly $900 billion dollars of goods were exported to non-North American TPP signatories in the past five years).

“The one definite benefactor of cancelling the potential free trade agreement? The People’s Republic of China. (Sources: TPP Congressional Report, US Trade Data)”

Kamel Mellahi, a Professor of Strategic Management at Warwick Business School and an expert on business in China and Asia, commented:

"The TPP trade deal, yet to be ratified, took years of intensive negotiations and was hailed as a ground breaking free trade deal across the Pacific Countries.

"It is true that, in relative terms, some countries such as Vietnam, Malaysia, Peru, Singapore and New Zealand were expected to benefit more from the TPP trade deal than the US and even Australia. It is also true that the TPP trade deal gave multinational corporations enormous powers over governments and states, but the deal was going to bring significant economic benefits to all the countries involved.

"Beside all the potential economic benefits, the TPP trade deal was seen as a manoeuvre to reduce Pacific Rim countries’ dependence on China and tie them to the US economy. By announcing that it is going to withdraw from the TPP trade deal, the US has unwittingly scored an huge own-goal by kicking the ball in their own net.

"I don’t think the remaining 11 countries are going to go it alone. The US withdrawal from the deal will kill it off. One cannot see the trade deal working without the US. There is no doubt that China would fill this vacuum and strengthen its economic status in the Pacific Rim region. The announced withdrawal has the capacity to do huge damage to the economies of some Pacific Rim countries and one would expect them to move closer to China while reducing their dependence on the US economy."