What’s happening in the US solar industry? 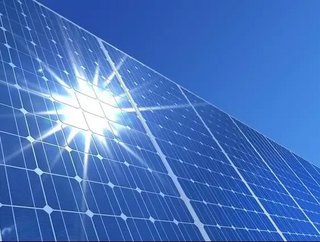 A year ago, the solar industry began to heat up in the US, with the rise of companies such as Tesla’s acquisition of SolarCity, believing renewable energy sources to be the future in modern building and design. However, do consumers still feel the same way?

Once an expensive commodity, solar energy has become an affordable, cost-effective way to provide sufficient energy in the home. The industry itself has boomed, with an approximate 260,000 individuals working in the solar sector, an increase of 24 percent since 2015, according to a recently published International Renewable Energy Agency Report. It also reveals that solar employment has increased over 15 times faster than the total US economy in 2015 alone.

However, many US solar companies are now struggling due to the current social and political climate. Suniva filed for bankruptcy earlier this year, and has since petitioned under Section 201 of the 1974 Trade Act, which would enable tariffs to be introduced in an industry under harm or threat due to imported goods. However, the Solar Energy Industries Association (SEIA) is resisting such a move, which could impact heavily on manufacturing roles.

Abigail Ross Hopper, President and CEO of SEIA, released a statement, stating: "The International Trade Commission’s decision to consider Suniva’s petition for a lifeline could be bad news for hundreds of thousands of American workers in the solar industry and may jeopardize billions of dollars in investment in communities across the country. Setting high price floors and exorbitant tariffs is a blunt instrument that would cripple one of the brightest spots in America’s economy.”

However, SunPower’s CEO Tom Werner has said, “We're an American company, we source a lot of materials from America, and so it'll of course be relevant if things were to play out, how they would play out in terms of what's considered American content and what isn't, but we have a significant supply chain in America. And we, of course, have produced models in America previously. Our supply chain is a worldwide supply chain, so we have flexibility and we'll evaluate options as we need to.”

Nonetheless, it has recently been announced that senators have proposed to change the legislation surrounding climate change, enabling the US to move to 100 percent clean energy by 2050, providing seven key bench markers.