What’s in a Jacket? Canada Goose’s Stance on Winter Fur 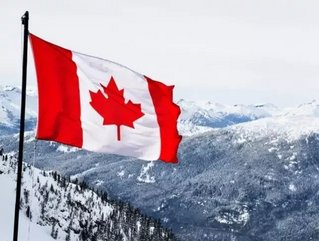 Canada Goose, a company that has been making extreme outerwear clothing since 1957, has recently been accused of making “false and misleading” claims in regards to the making and marketing of their popular winter jackets. But is the allegation true? Animal Justice, an animal rights group, filed the complaint with the Competition Bureau, making an assertion on behalf of six people. The problem aligns with the company’s stance that its jackets only use coyote fur that is ethical and that coyotes are killed in a humane method.

The Making of a Jacket

Canada Goose claims that the coyote fur found around their jacket’s hoods is warmer than fake fur. However, a lawyer with Animal Justice disputes this notion, believing that there is no evidence to confirm that real coyote fur is in fact warmer. The lawyer’s argument also includes the nature in which coyotes are usually trapped and killed—leg holds trap, kill traps and snares that cause a great amount of suffering for the animal.

Carrie Baker, a spokeswoman for Canada Goose, has stated in the media that the Canadian company stands by the humane treatment of animals and only purchases coyote fur from trappers who are certified. Furthermore, the following statement regarding the use of fur can be found on Canada Goose’s website:

We’re confident in both why we use fur and how it is sourced, and people should know this is not something we take lightly. Our company is built on honesty and authenticity so we have gone to great lengths to be as open as possible about why we use fur on our products, how it is sourced, and the government-regulated practices of the Canadian fur industry. Like many proud Canadians, we don’t believe that the humane killing of animals for functional purpose is wrong. We understand and deeply respect that not everyone agrees with that. We also understand that despite the fact that numerous brands also use real fur in their products and do not attempt to explain their position, it is our very openness and transparency around this subject that makes Canada Goose a target for activist groups whose views will never align with ours. We are proud to support an industry practice that supports northern and rural communities in Canada, and of our continued role as an educator on this matter.