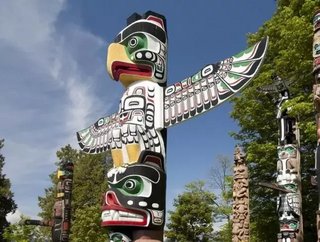 After disputes with an aboriginal community, Petroliam Nasional Bhd has moved closer to securing a deal for its proposed $11 billion liquefied natural gas export plant in Canada.

The Lax Kw’alaams Band has displayed openness to the project amid talk that the plant’s location may be altered. The community oppose the current site in British Columbia, but are optimistic that it will be moved, according to Mayor John Helin. His community members recommended talks on compensation for any impact on their native lands.

Helin stated, “most of the First Nations communities in Canada are living in third-world conditions and in a country as prosperous as Canada, that shouldn’t happen.”

Clearly, it is important for businesses to consult, support and collaborate with First Nations communities when operating on/near their traditional lands. Businesses have several examples to follow when working with aboriginal communities.

Yamaha has an eclectic product range, varying from motorcycles to saxophones, so perhaps it’s no surprise that they teamed up with an aboriginal community to produce ‘gee-man’ boats. The Cree of Waskaganish partnered with the conglomerate to make these boats based on a Cree design. The boats were better at navigating the James Bay waters than any other boat on the market. Both parties enjoyed a healthy profit.

The world’s largest uranium company has been working with aboriginal peoples in Saskatchewan for 25 years. “We rely on the participation and support of aboriginal communities for access to the land and mineral resources that are essential to our business in this region,” Cameco state on its website. Cameco has community-based agreements with aboriginal communities, such as the Impact Management Agreement with the Dene communities of the Athabasca Basin, signed in 1999. They also have a “five-pillar corporate responsibility strategy”, made to sustain relationships with nearby aboriginal communities. This consists of workforce development, business development, community engagement, community investment and environmental stewardship.