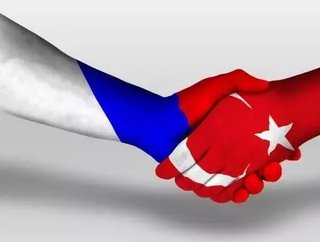 This year, Cuba held their 34th International Business Fair situated outside Havana, where over three thousand exhibitors showcased their products, with Cuban enterprises incorporating the main share of the fair. Cuba has increasingly been in the news since President Obama’s visit to the country back in March this year, with the vision of thawing the frosty relations between the two countries, with the aim to open up vital trade networks which will provide a multitude of advantages for Cuba’s economy and open up tourism and trade within the country. There have since been a limited number of US trade deals with the country, but it is moving and a key work in progress.

Whilst several European countries attended the fair, such as Spain, Italy and Germany, only a select number of US companies attended.

We take a look at the key 8 US exhibitors at Havana’s International Fair:

Launching in 1998, JetBlue has since become a key low-budget US airline, becoming the fifth largest aviation company in the US. Although predominately serving US and Caribbean destinations, the company is aiming to expand their operations and include Cuba if the embargo is lifted for a deal to be reached.

Based within Texas, American Airlines has been successfully running for 90 years, providing vital air travel within the US. As a result of several mergers, the company has expanded, which similarly to JetBlue, will aim to expand their destination list to include Cuba, enabling US citizens to visit the country.

The airline is currently a member of the Oneworld airline alliance, incorporating European and international airlines which dominate the aviation market, with over three thousand aircraft in over 160 countries, so are a big contender to gain increased accessibility to the country.

Since its inception, GE has become an influential conglomerate business, with several subsidiaries under its umbrella, ranging from oil and gas and healthcare, to research and aviation expertise. It has become one of the largest companies in the world, enabling other businesses to grow and expand their operations worldwide, whilst obtaining and retaining a multitude of sophisticated technologies and sustainable initiatives.

The company are focused on moving and supporting local communities, from undertaking vital research, including a new research center in Rio de Janeiro. Brazil, in addition to providing first-class transportation services and equipment.

With over six thousand stores across America, alongside 58 distribution centres, parts company NAPA Auto Parts has expanded their operations to the Caribbean and Latin America, partnering with a number of firms to deliver first-class services, such as RLO Training, Lincoln Tech, Universal Technical Institute, Northwood University, J-Tech Institute and many more.

Established in 1921 by sea captain Robert Fergusson, Rust-Oleum has since dominated the paint market in the US, producing products which are long-lasting and sustainable, with many LEED compliant products on offer alongside solutions to minimize any potential environmental impacts, something which would appeal to the Cuban market in order to retain their sense of heritage and history once paint is able to be exported to the country.

First entering international markets in the 1950s, with a base in Scotland, the company now is situated in nearly 200 countries. Entering Cuban markets and furthering their business operations would increase the company’s accumulated revenue.

Alongside several partners and international suppliers, the USA Poultry & Egg Export Council will be aiming to promote and market their business through a trade deal with Cuba once the embargo is lifted, adding to their current number of offices and products exported worldwide.

Financial firm Fifth Street Management has been officially running in the US for nearly 20 years, providing essential finance solutions, linking with investments through private equity sponsors, winning several awards within America for their first-class services.