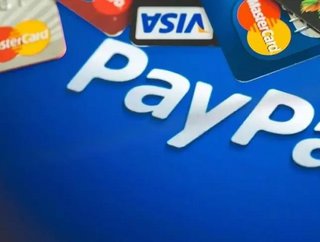 PayPal has announced the appointment of Paul Parisi as the new general manager of PayPal Canada, effective from today.

The company says Parisi is a results-focused Canadian leader who joins PayPal with a strong record of more than 17 years in the payments industry.

As general manager, he will be focused on building on the company’s successful 10-year history in Canada and driving the next phase of growth for the company and its customers. He will play a critical role in bringing innovations to market and further solidifying PayPal as one of the leading online and mobile payment services in Canada.

“The e-commerce, payments and fintech industries are at an exciting juncture in Canada. I look forward to driving even more profitable growth for PayPal in Canada and adding greater value for our 6.4 million active customers in Canada, which includes 250,000 small business customers across the country," said Parisi.

Parisi was previously vice president and general manager of global commercial payments at American Express Canada. During his tenure at American Express, he developed and drove business strategy for corporate payments and small business services and held a number of key leadership positions across sales, account management, e-procurement and travel in Canada, the U.S. and the U.K.

As part of his commitment to social good, Parisi is a strong supporter of the United Way and was the executive lead for the Give2Gether American Express employee giving campaign, raising over $500,000 for charities across Canada.

Parisi has a Bachelor’s degree from the University of Guelph. He replaces Cameron Schmidt who was general manager of PayPal Canada for almost four years.