Who won at the Electric Vehicle Dealership Awards? 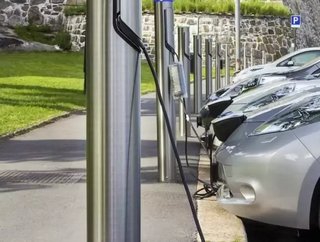 EVEN Electric, a Canadian company formed to create the first global sales and distribution network for electric transportation, announced today that that one of its founding partners, Green Rock E.V.S., has won the Canadian Electric Vehicle Dealership Inspiration Award from the Canadian Electricity Association.

The award recognises companies for their national leadership in the promotion and adoption of electric vehicles that will help to advance Canada’s clean energy future. We take a look at why Green Rock E.V.S clinched the prize, and who else is making waves in the Canadian electric vehicle industry.

The only 100 percent Electric Vehicle Dealer and Service Centre in Newfoundland and Labrador, Green Rock participates in local conferences, trade shows and meetings, in order to promote electric vehicles. Green Rock’s aim is to provide anyone in the area with the chance to drive electric cars, and thus save time, money and the environment.

Campus Nissan won the Leading Battery Electric Vehicle (BEV) Dealership Award. Electric vehicles account for 11 percent of total sales as well as 10 percent of their annual marketing budget. They also participate in the community sponsoring the Victoria EV Club. They have also initiated a LEAF Day sponsorship of the local WHL Hockey Team.

Unsurprisingly, Bourgeois Chevrolet got the Leading Plug-in Hybrid Electric Vehicle Dealership Award. The brand has specialised in the sale and maintenance of electric vehicles for five years.  Through social media, Bourgeois Chevrolet promotes electric vehicles. It also participates in community events where they offer free test drives. It also makes its charging stations available to the entire community.