Why bullies succeed at work 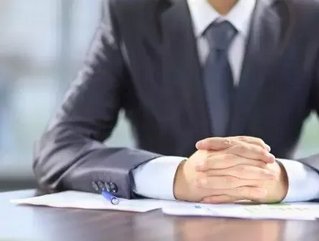 READ THIS ARTICLE IN THE FEBRUARY EDITION OF BUSINESS REVIEW USA

Aggressive, bullying managers are said to be more likely to rise to the top than their diplomatic peers because people are reportedly impressed by their dominance. I disagree. There is nothing inherently impressive about aggressive behavior. People's response to aggressive behavior is not a result of admiration, but a product of fear. And like a great many specimens that are not at the very top of the food chain, most people defer to the greatest predators that stalk the savanna of life. Why? Because they're afraid of the predators' teeth. Admiration has little or nothing to do with it.

Contrary to popular belief, we have not evolved beyond our evolutionary animal past as much as we'd like to think. We are still a society very much run by fear. In fact, I tend to say that the chief fault of the average man is not that he is evil but the fact that he is weak. And it is this weakness that allows bullies to get away with as much as they do. Weak people are vastly more numerous, but unaware of the strength of their numbers. It is this systemic flaw that allows the structure of fear-based rule to function unchecked time and again, with a staggering consistency. But make no mistake - this is primitive evolutionary baggage on our part.

Women have been socialized to ‘play nice’

Women have historically been socialized to ‘play nice’ and to behave in a more group oriented manner.  Men, in contrast, have been socialized to “lead, follow or get out of the way”, as the saying goes. The trouble is that these two modes of operating cannot harmoniously coexist. One teaches you to kiss upwards and kick downwards, while the other does not. The former is not something that most women can adapt to overnight. Socialization processes run deep and any amount of short seminars on the matter will not help the vast majority of those who are not predisposed to that kind of behavior in the first place. At best, it’s only window-dressing.

What tends to happen is that women who do not adapt to the traditional way the game is played tend to get spat out by the system. And those who do adapt tend to uphold a structure that has served them well. The result is that the old game remains the same. That is why equality laws take so long to materialize into reality. The trick for the powers that be is to insist on gradual change, so that entrenched interests can recruit members of their own ilk. That way the momentum of change can be arrested. So what if a few ‘token’ women have to be taken into the inner sanctum of power – it’s preferable to the alternative.

These mechanisms actually transcend the workplace and can be applied to all areas of life. Established power blocs are generally prone to resist significant changes to their preponderance. The workplace is only one of many manifestations of entrenched group dynamics that prevail simply because they have not been successfully challenged.

So where does that leave those who stick to ‘playing nice’? Statistics on equality pretty much say it all. Admittedly, decent men tend to lose out in this system as well, but numbers do not lie when it comes to the gender divide. The high percentages of top spots occupied by predatory males tell a very clear story.

What continues to amaze and sadden me is the fact that we have not collectively - that is, as a society - managed to transcend the behavioral structures that are clearly the vestiges of an animal past. I am prepared to concede that in an animal setting, these dynamics may have served the species adequately, but have we really not come further than this? Shouldn't we be able to logically arrive at a more benign mode of coexistence?

I can only presume that animal groups have neither the reasoning skills nor the linguistic skills to collectively envision, communicate and enforce a gentler collective dynamism by way of numbers, but we do.  Modern homo sapiens can actually move past unthinking group dynamics. Not only can we analyze bullying behavior; we can actually decide we don't want it and fight back collectively so that other characteristics and values prevail.  So why is effective pushback to bullies still so rare? Why is acquiescence and appeasement the norm?

I have come to realize a stark truth: bullies do what they do for one very simple reason - because they can. In other words: due to the absence of an effective counter-power. As long as decent people do not harness the power of their numbers and demand otherwise, that is how it will stay. Bullies will never cede an iota of power voluntarily. The only thing power understands is effective counter-power. And the sooner this truth becomes accepted, the better, because the only effective counter-power is one that occurs in critical mass, i.e. in big enough numbers. That means that resistance must be coordinated. Predators only know fight or flight, but a pack of smaller animals can chase away a lion. Predators know this perfectly well. Their best bet is that you don't.