Why you should avoid massaging your boss&#039;s ego 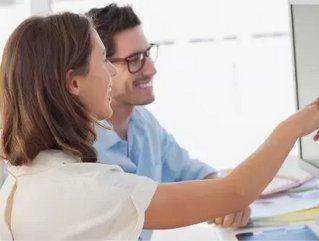 The caption of this article probably puts you in a fix whether you have to massage your boss’s ego. Before we arrive at a conclusion there are various aspects to know such as the difference between a boss and a leader, and four models from organizational behavior (OB).

There are four models in organizational behavior namely autocratic, custodial, supportive and collegial. The autocratic model prevailed initially where employees were under the mercy of employers. In this model, the employees worked as labor and obeyed whatever the bosses ordered. Subsequently surfaced another model named custodial where the employees cannot be fired as they are provided with job security and other financial and non-financial benefits.

It is further followed by another model named supportive where employees are supported by employers and bosses above them. It is fairly better than the previous models of autocratic and custodial. Currently we have collegial model where there is no much gap between the superiors and subordinates as all are treated with request equally. The Generation Y appreciates this collegial model, and it is mostly followed by American management and top global companies in the world.  In this model, there will not be any bosses but only leaders. However, we still find bosses in the guise of leaders.

SEE MORE: What should you look for in a mentor?

The people who work with bosses find it tough to get along with them as the expectations of the bosses are high and they are mostly task oriented. In contrast, the leaders are blend of both task-orientation and people-orientation with a heart to make a difference in the lives of their employees. The leaders adopt transformational leadership style, and treat their subordinates like colleagues and get the tasks executed successfully.  The leaders support the subordinates in their training and development and quicken their career advancement.  They empathize and listen to their subordinates and lead their teams successfully.

If you happen to work under a boss you have to be more careful in your work. As long as you do your work sincerely you don’t have to bother about your boss, and you don’t have to massage his or her ego. All that you must do is to be assertive in your approach, actions and communication.

Tips to handle your boss

It is often said in the corporate world that people don’t leave organizations but they leave bad bosses. It is mostly correct as organizations are often good but the people who lead often found to be problematic for the employees. Therefore, instead of blaming the bad bosses, it is better to understand your boss well and mold yourself accordingly to build a chemistry and compatibility to get the things going smoothly. You cannot choose your bosses and just because of bad bosses you cannot shift organizations frequently. Hence, best thing is to understand the ground realities and personality types; and build a chemistry to enable peaceful workplace ambience and outcome.

“In the past a leader was a boss. Today's leaders must be partners with their people... they no longer can lead solely based on positional power.” Ken Blanchard

Professor M.S.Rao is an international leadership guru and an internationally acclaimed leadership educator, executive coach, speaker, and consultant. He has 33 years of experience, and the author of 27 books including the award-winning 21 Success Sutras for Leaders that has been selected as the Top 10 Leadership Books of the Year – 2013 by San Diego University.