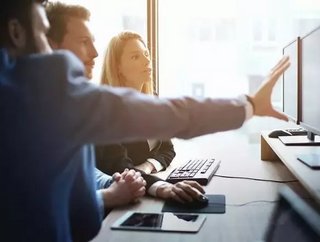 However, by-in-large, broadband internet is becoming less popular despite socioeconomic status in a recent study by the US Census Bureau of 53,000 Americans. Though low income Americans still are the largest group to rely on mobile internet alone, higher income households are letting go of their wired connections at a similar or faster rate than other groups.

A ReportLinker survey added to this knowledge and revealed that nearly 40 percent of respondents use their smartphones to access the internet at home. When isolating the millennials, the statistics are much higher.  55 percent of all millennials and 60 percent of younger millennials are using the internet through their mobile devices.  On the other hand, the older generations are holding on to traditional wired broadband connections. It is possible that as the Millennial group ages, they will rely more on mobile internet access at home thus contributing to the rapid reduction in wired homes.

Mobile providers are key players in this shift when they began offering unlimited data packages.  Though unlimited once had a high data cap that most would not reach with normal usage, new package deals are truly unlimited with no secret caps. Verizon recently joined other providers by offering an unlimited data package, however, most respondents (58 percent) were not interested.  Possibly because other providers have already begun to offer this service and users already have the unlimited plan (31 percent).  It is possible that Verizon was driven to begin offering unlimited data to retain their own customers who are sensitive to better prices and offerings.

The most popular mobile service providers among respondents were the Big 4, which are Verizon (29 percent), AT&T (20 percent), T-Mobile (15 percent) and Sprint (12 percent).  Smaller no-contract-based companies, like MetroPCS and StraightTalk are also popular. Users can be sensitive to price and reliability because there are more options of mobile providers to choose from. Traditional broadband companies, however, have the advantage of typically being the only option or one of two options in many geographical areas.

Among broadband users, the ReportLinker survey revealed that more than 20 percent were persuaded by package deals that include cable TV, internet and a landline along with the shear speed of the connection.  Of those who have more than one option in their area, the chosen company was typically the one with the best package deal.  According to the ReportLinker survey, almost 25 percent of respondents reported that price determined their choice for a broadband provider. 20 percent reported that reliability and coverage drove their decision.

Though satisfaction is typically high with providers, mobile customers are not loyal to the point of not considering changing providers with the right incentive. Though 81 percent of users reported being satisfied with the reliability of their service, less (nearly 75 percent) were satisfied with price. Mobile users reported being more satisfied with their provider’s pricing than broadband users who only had one choice of providers. The landscape with surely drive the market even more toward mobile-based internet access if the 5G speeds continue to attract users away from wired connections.