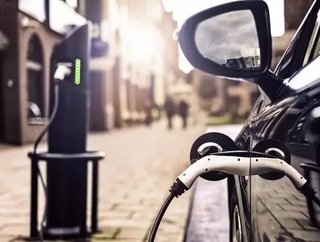 The automotive sector is evolving at an unprecedented rate. According to the International Energy Agency (IEA), an estimated 50mn electric vehicles will be in operation by 2025, and 300mn by 2040. With BMW, Volvo, and Jaguar Land Rover promising electrified versions of their current models, most of the major car manufacturers have now announced significant investment, re-affirming this shift.

Furthermore, with Dyson announcing that it is starting to manufacture electric cars and the European Commission forming a consortium that will drive the development of battery technology, there is no doubt that we are moving towards a world with electric vehicles at its center.

While we are certainly on the road to wider adoption, there is still one main drawback that could thwart public interest: charging infrastructure. Fundamentally, in order to support the innovation and commercialization of electric vehicles, the right energy technology and infrastructure must be in place. This is critical to ensure the experience matches the hype.

The rise of the electric hype

Fueled by the rise in air pollution and political momentum to reduce global warming, electric vehicles have grown in popularity and the technology has improved at a record pace to become a benchmark for innovation in the automotive sector.

Competition in the marketplace is also increasing. From the first Prius hybrid model launched by Toyota in 1997, to the more recent full electric vehicle launches of the Tesla Model S, BMW i3 and Nissan Leaf, car manufacturers are investing in hybrid and electric vehicles and demand from consumers is gradually growing. Couple this with increasing environmental and sustainability regulations and the case for more energy efficient vehicles is gaining momentum.

We already see Britain, France, Norway and China committing to ban diesel and petrol cars in favor of cleaner vehicles. This shift was most recently followed by one of the leaders in the automotive industry: Germany.

At this point, it is becoming critical to adopt technology that allows us to smooth over the energy consumption needs that advanced countries are yet to experience. We need to take a holistic view to managing energy provision, as we will not be able to rely on drivers of electric vehicles to scatter the time when they charge their vehicles to reduce peak demand.

With implementation commitment growing at a rapid pace, there is a pressing need for collaboration that will support solutions for energy technology challenges globally. This can only be done if governments, industry bodies and innovators join forces to support energy storage technologies that complement future developments in the sector. There is a need for a serious discussion on how to implement a stable grid that will be capable of withstanding the increased energy consumption inevitable with electric vehicles. Critical to this will be coping with especially high demand peaks and proving that the grid has the resilience needed for electric vehicles to become a success.

It is possible to manage the growing demands on our energy infrastructure and ensure that there is a stable and reliable energy support that will drive the growth of electric vehicles, but it requires a fresh look at our energy storage mix.

By investing in energy storage technologies that complement battery power, such as ultracapacitor technology, we can manage peak power needs. Ultracapacitors are one of the lowest cost solutions to helping with grid stability, and can play an integral role in supporting the national grid and managing power demands.

Wide-scale electric vehicle charging creates serious issues with demand management, which can potentially cause power blackouts. These blackouts are caused mostly by short demand peaks, which usually last under a minute. This is precisely where ultracapacitors excel. As part of the grid solution, ultracapacitors can provide a means to ensure there are no blackouts during sudden changes in demand.

On board vehicles, the technology should be evaluated and used in tandem with lithium-ion batteries in order to downsize the pack and increase the battery lifetime. By introducing capacitive technology to the power unit, it is possible to reach longer lifetimes and support the peak power needs of electric vehicles. However, in order to do so, we must secure a reliable infrastructure to support this trend going forward.

By prioritizing investment in infrastructure and encouraging discussion and collaboration between governments, car manufacturers and technology companies, we will be able to create an environment where infrastructure, technology and the consumer act as one. Only then will be able to embrace electric vehicle revolution globally and support a future that is dominated by electrification.