Will consultants suffer from pre-election slowdown? 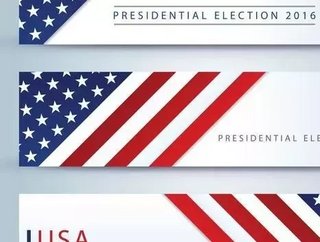 With the sheer volume—and range—of news stories bombarding voters about the upcoming Presidential election, one may be forgiven for thinking that businesses across the US have ground to a halt as workers everywhere gather around water coolers to discuss the latest goings-on. True, there has been plenty to talk about—perhaps more than is usually the case in the run-up to an election—but talk, thankfully, does not generally equate to a business slowdown.

In fact, in mature economies such as the US, elections usually don’t have that much direct impact on business (it would be different if we were talking about Brazil or India, for example, where one political party tends to be more pro-business than the others, so who wins will shape the future economy). That’s not to say there’s no impact at all, and indeed it’s quite normal for upcoming elections to affect government and public sector spending on consultants. As an election grows nearer, there may be a flurry of activity on public projects to showcase a new achievement, or simply get things signed off, but in the final run-up, fewer decisions are made and it’s rare for new initiatives to be commissioned. But this is normal, and despite the headlines and the hype, all the evidence this year is that the usual pattern is being repeated: there’s some sign of client slowdown and inertia, but is it worse than in previous election years? Probably not.

Indeed, when we spoke to US consultants earlier this year, many were dismissive of the likelihood of the election having any impact on the volume of consulting work: if anything, many of them assumed that this election would have even less bearing on business than usual. “The political process seems as irrelevant to business as it appears to mainstream American life,” said one managing partner we interviewed. “People are trying to keep the election out of their minds—it's a bit of a circus act,” commented another. “If your business shrinks this year and you try to blame the election, I think you should be looking for a new job.”

More recent conversations with consulting partners evidence a greater degree of concern about the impact of the election. One area that has been affected already is regulation and other forms of direct government intervention. With Republicans and Democrats taking very different attitudes to financial regulation, for example, banks are starting to defer decisions until the result of the election is known. Already some consulting firms are reporting a slow-down in new work in this sector, and things are unlikely to change much before the middle of next year. Other regulated industries, e.g. energy, utilities and, of course, healthcare, could also be affected in this way.

The market is also starting to be affected more broadly—with the election only weeks away, consultants are reporting concerns about its impact on client attitudes, and a general slowdown in decision making. Although current projects are ongoing, clients are becoming hesitant about signing off new work: things are very much on hold until the outcome of the election is known. Although speed of decision-making could be restored quite quickly once the election is behind us, it will undoubtedly have kicked a bit of a hole in the volume of new business for consulting firms across the year.

But although those consultants who were dismissive of the ‘electoral effect’ earlier this year were maybe a bit too unconcerned, all these impacts could be written off as being so far, so predictable. In this case, however, that’s not quite the whole story. The worrying aspect here is that what the election appears to be doing is contribute to a general backdrop of uncertainty within the business community, with anxieties about the election adding to numerous other worries. And there is a lot to worry about: Concerns about interest rates rising, wobbles in the stock markets, low oil and commodity prices, an economic slowdown in China, fears about terrorism, slow economic growth in western Europe, and now the upheaval launched by Brexit—to name but a few. This accumulation of concerns can only be bad news for the US consulting market with the likelihood that client confidence will take a hit and spending decisions made much more difficult. With this market having seen strong growth for the last six to seven years, it could reasonably be assumed to be already nearing the point where we could expect to see a cyclical downturn—and this is a possibility made all the more likely by this climate of uncertainty.

The obvious conclusion to reach here is that there is a danger that this could result in something of a perfect storm, with the election having a much bigger impact than expected. Put another way, the election could effectively be the straw that breaks the economic camel’s back, slowing growth in the consulting market along the way.