Will Trump’s apprenticeship plan enhance the US economy? 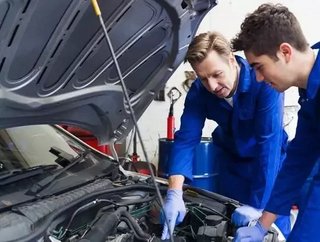 Through a signed executive order, President Trump has recently pledged to create over five million new apprenticeships to support his vision to enhance, develop and transform new and existing businesses and crumbling infrastructures with regards to the construction sector.

To this effect, funding will increase, with employers set to take advantage of the opportunity to bring new talent on board.

The “Apprenticeship and Workforce of Tomorrow” program, has been described as a way in which to help all US citizens gain the essential skills and experience in the field or subject the individual wishes to pursue, removing federal restrictions to enable the growth of apprenticeship programs across the country

“Apprenticeships place students into great jobs without the crippling debt of traditional four-year college degrees,” Trump explained. “Today’s apprentices will construct the roads and bridges that move our citizens, they will bend the metal and steel that shape our cities, and they will pioneer the new technology that drives our commerce.

But we want to keep jobs in America and we want to train people and hire American workers to fill those jobs.”

However, as part of his $1 trillion infrastructure plans, there are with regards to Trump’s budget proposals and whether what he has suggested remains realistic. With $95 million put aside for apprenticeships, there will only be an extra $5 million added from the 2016 budget. This extra funding will lead to cuts elsewhere.

According to the Department of Labor, there were approximately 500,000 apprenticeships available overall last year, therefore an increase to five million seems like a long stretch. However, the announcement has been met positively by the construction industry, which is suffering a shortage of workers worldwide, alongside manufacturing, where there has been a sharp decline in production in areas such as the automotive industry.