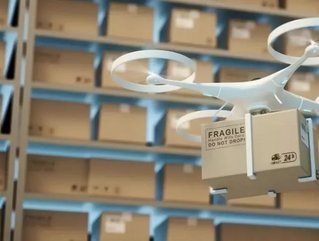 As of 18 October, Wing, which is owned by Google parent, Alphabet, has been using drones to deliver goods to Walgreens and FedEx customers in a new test being run in a Virginia town.

Wing is the first US company to be given permission by the federal government to conduct the tests, beating out Amazon’s Prime Air service, which unveiled its plans to use drones in 2013.

UPS was given approval to use drones earlier this month from the Federal Aviation Administration, and has been running tests within the WakeMed’s hospital campus in Raleigh, North Carolina.

Wing partnered with Walgreens, FedEx and Sugar Magnolia, a gift shop in the local area, to perform the tests in Christiansburg, Virginia. Walgreens customers have the service open to them on over 100 items, available through its online store, which would then be delivered by drone.

The drones are testing with a 6.5km flight radius, from the Wing distribution facility in Christiansburg, although Wing expects this area will grow in time but has no plans for this in the immediate future. The drones are capable of a 19km round flight before needing be refuelled.

The drones are capable of delivering goods within minutes of them being ordered from the distribution centres. This would also have the added benefit of seeing fewer heavy-duty vehicles on the road, increasing sustainability for involved industries.

Wing CEO, James Ryan Burgess said: "We're looking at trends in cities including congestion and environmental sustainability," he said. "We see drone deliveries as a key part of solutions to these."

Burgess added, during the Australian pilot, that many of the goods being delivered were for food and cold medicines, things people may need and be unable to leave the house to get, improving the quality of life for citizens who have access to the programme. Although the deliveries are not entirely altruistic, with luxury items such as hot coffee also on offer, in partnership with a local coffeehouse. Cups have arrived hot to the door, being delivered within as little as four minutes.

Wing has alluded to plans to expand the service into other towns but hasn’t revealed any firm details as yet.