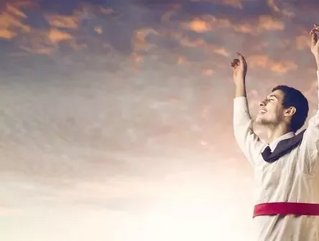 A business that isn't consciously trying to win customers away from its competitors should perhaps question whether it's really serious about being in business.

Expanding your company's market share is what it's all about, and that means increasing your customer base by any ethical means possible.

And there's nothing unethical about trying to convince your competitors' customers that you can offer them a better product or service, along with the support system of those you have hired to back it up.

Some tactics are unethical

There are, of course, underhanded and unethical ways of targeting the competition's customers.

Would it be acceptable, for example, to try to recruit someone from the competition's sales force who could perhaps share some privileged insights about the customers his former employer sold to? Of course not.

And any business that pulls such a stunt deserves the almost inevitable payback down the road -- when the employee you stole from a competitor moves on to his next conquest offering your customer list as an enticement to hire him.

However, if you've built a better mousetrap than the one your competitor is selling, common sense dictates that you point that out to potential customers, including those who have always bought their mousetraps from your business rival in the past.

Make sure claims are valid

Here's where it gets a little tricky, both ethically and legally.

Don't make claims that your products or services are better than your competitor's unless such claims can be proven through objective testing. And never make negative claims about a competitor's product unless you're quite certain that those claims can withstand objective scrutiny.

As a general rule, bad-mouthing the competition is a bad idea, in much the same way that negative campaigning is an unsound political strategy. But pointing out the ways in which your product or service is demonstrably superior to those of your competitors is fair game.

For those readers who might have skipped over that last sentence a bit quickly, allow me to elaborate. Webster's defines "demonstrably" as "able to be proven or shown, possible to demonstrate."

Wishing won't make it so

In other words, simply saying it doesn't make it so.

You should be able to prove how your product fulfills its purpose more efficiently and/or effectively than other such products on the market.

If you're making claims you can't back up, you're likely to incur the wrath of the Federal Trade Commission (FTC). And it sure isn't going to sit well with your competitors either.

In short, you'll probably fare best if you base your marketing campaign on the positive attributes of your product or service, along with an overview of your company's system of support -- both customer service and technical support.

Everyone wants a better deal

It's disingenuous to think that your marketing campaign is only going to reach those potential customers who have not already found a source for the product or service you're selling.

Any practical and budget-minded consumer in the market for the type of goods you produce is going to be constantly on the lookout for improved products, better delivery, more responsive customer service, and round-the-clock technical support. Even if he has heretofore been buying from a competitor of yours, he's likely to come knocking at your door if he can be convinced you're offering a better deal.

If a competitor's customer approaches you to learn more about what you're selling and how it might benefit him to start buying from your company, you can help to clinch the deal by offering him a sweet introductory discount or other incentive to win the business.