Women in STEM and the legacy of Ada Lovelace 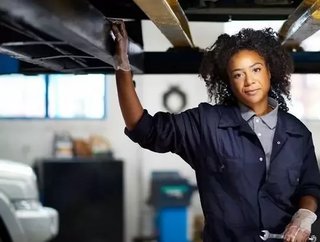 STEM – science, technology, engineering, and mathematics – has long been a male-dominated sector. Historically, men and women have been steered to focus on different career paths, leaving a gap for female scientists and engineers – which, finally, is set to be increasingly filled.

More and more, programs tailor made for women aiming to enter the industry are being created, and multinational software corporation Autodesk has been vocal about supporting this. This year, on Ada Lovelace Day (which falls on the second Tuesday in October), Autodesk released a dedication to Lovelace which also highlighted the work it is doing to support women in STEM.

Ada Lovelace was an English analyst and metaphysician who is hailed as the founder of scientific computing. She was born in 1815, the product of a brief marriage between Romantic poet Lord Byron and Anna Isabelle Milbanke. Lady Byron raised Lovelace to be tutored in mathematics and science as a stark contrast to the creative leanings of her father (despite him having no influence over Lovelace, as she never knew him). In 1828, at just 13 years old, Lovelace created a design for a flying machine.

Unsurprisingly, ladies engaging in scholarly pursuits was not generally encouraged at this time, but Lovelace moved in elite circles with gentlemen of science, and was easily intellectual and charming enough to become friends with those at a similar academic level. Lovelace famously formed a lifelong connection with Charles Babbage, a Professor of Mathematics at Cambridge University, beginning when she was only 17. While the term ‘scientist’ had not yet been invented, Babbage and Lovelace certainly fit the bill, and the two of them began frenzied communications on all subjects of science, math, and logic.

Lovelace’s lasting fame stems from the translation and accompanying notes of a memoir, written by Luigi Menebrea, on Babbage’s Analytical Engine. Lovelace wrote her article between 1842 and 1843, outlining her easy understanding of Babbage’s machine, and her view of it as a computer. The notes contain the outlines of software, including an algorithm – the first of its kind – tailored for use on a computer, but this program has never been tested. They also hint at the concept of computer-generated music, and describe the Analytical Engine as a device for “developping [sic] and tabulating any function whatever… the engine [is] the material expression of any indefinite function of any degree of generality and complexity.”

This incredible scientific foresight is why we continue to celebrate Lovelace and her heavy influence today. Ada Lovelace Day has only been recognized since 2009, but its creation ensured that her legacy was rightly resurrected. Now, the day involves international events led by female industry experts, allowing and encouraging all women either in STEM or considering a career in STEM to become involved.

Tessa Colledge is an engineering software programmer at Autodesk, and is dedicated to actively involving more women in STEM, visiting schools and universities to educate on the subject from the female perspective. While she is aware that improvement in this area will continue to be a slow process, Colledge is confident that with enough time and investment in training programs, the gap between men and women in STEM will shrink as women are further encouraged to be a part of the industry.

“It’s important to recognize the contribution women bring to engineering on days like Ada Lovelace Day,” she says, “but we have a long way to go when it comes to championing female role models. In my work as a STEM ambassador with Autodesk, I see the value in exposing young women to careers once deemed only suitable for boys.

“Having that personal connection with another female (like me) gives young women the self-belief that they can discover a career path in STEM. If you have an interest in engineering, I’d urge you to cherish the skills that you want to apply – whether this is math or problem-solving skills. Don’t give up on finding the career where you can use these skills – it’s out there somewhere. Take risks, put yourself out there and explore the unknown.”

Amy Bunszel, VP if Digital Engineering Products at Autodesk, spoke this year at Catalyst Conference 2016 – an annual celebration of women in technology – and is as passionate as Colledge about encouraging women to become a part of the STEM sector.

“We know that we need more women at the table,” she says, “on teams and in the boardroom, and we must work at both retaining women already in STEM fields and getting more young women interested in STEM. This is why celebrating days like Ada Lovelace Day and promoting the accomplishments of women in STEAM is crucial. My advice for women in STEM is to ask for stretch assignments that align well with their technical and leadership skills, and to look around their organizations for women they can bring along with them.”

Bunszel believes that the most essential resource for women hoping to enter the world of STEM is the women who are already part of that world, and that these people have a responsibility to aid in the cause towards changing minds and influencing the industry.

“And for those of us who have already made a successful career in STEM, it is important to offer coaching, mentoring, sponsorship, and advice,” she says. “In return for helping others you’ll also build up a strong network of support and your own sounding board. I leverage my connections to benefit others and enjoy connecting people with opportunities. For me, being a role model to women in STEM extends beyond my formal responsibility at Autodesk to participating on panels across the Bay Area, having coffee meetings to offer advice and encouragement and speaking at career fairs and sponsoring programs like Girls Who Code. Keeping the spotlight on the topic is crucial.”