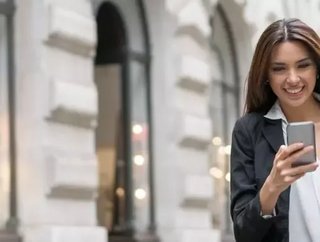 The female economy is emerging as a potent force, with global female income expected to reach $24 trillion by 2020. Furthermore, the rise of women to positions of executive leadership is compelling sellers to reexamine their business approaches.

A new Frost & Sullivan strategic insight, The Next Frontier of Growth—Women as Corporate Customers, reveals that women-owned units will account for more than 40 percent of registered businesses worldwide by 2020, which translates to a large market of women corporate customers.

“Women dominated the global marketplace by controlling nearly $31 trillion of consumer spending in 2014 and this is forecast to rise to $43 trillion by 2020,” commented Frost & Sullivan Visionary Innovation Principal Consultant Olivia Price Walker. “This is likely to cause a massive change in consumption and shopping behavior, and open new opportunities in consumer goods and services businesses. Companies that best adapt to this new buyer segment will be ideally poised to grow in the next decade.”

“By 2025, women will change the workforce landscape with an average participation rate up to 40 percent, and potentially additional 250 million women workers,” continued Walker. “This will close the gender gap in labor participation rates by 25 percent.”

For what concerns gender equality, Norway is working toward achieving gender equality in the workforce, with the highest percentage of women (42 percent) on boards in 2014–2015. "It has been noted that companies with at least one woman board member perform up to 10 percent better than companies without women board members," notes Indie Blackwell, Vice President and GLOW (Growth and Leadership of Women) Programme Director. "Furthermore, companies with at least 30 percent of women in management positions see up to 20 percent increase in profit rates on average."

Launched in 2015, Frost & Sullivan's GLOW Programme enables the company's female professionals to thrive in an environment which harnesses and supports both internal and external growth. The Programme's goal is to achieve a gender diversified work force which thrives internally at Frost & Sullivan and externally supports our clients’ businesses. The key objective is to generate business growth through thought leadership on the role of women as an employee and as a customer, as well as supporting the company's female workforce to fully realise their potential through career and talent development.